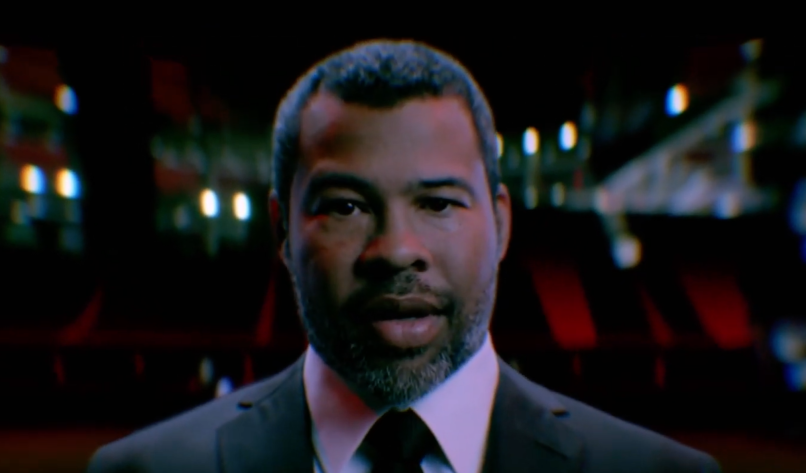 Jordan Peele in The Twilight Zone

Last week, we learned that Jordan Peele’s highly anticipated reboot of The Twilight Zone would premiere on CBS come April 1st. Well, seeing how the Super Bowl is being aired on the network, Peele’s shared yet another teaser trailer to drum up hype.

The latest clip finds Peele, who fills in for the late Rod Serling, narrating from the confines of a quickly deteriorating stadium. Suddenly, the series’ iconic door appears in the middle of the field and he steps inside.

No, there’s no footage of the new series — who needs that anyhow? — but it’s easily the most exciting thing to occur within the first two quarters of this incredibly dull Super Bowl LIII. Watch below and perhaps opt for the OG series right now on Netflix.

As previously reported, Peele will narrate each episode, filling in the shoes of the late Rod Serling, who served as executive producer, writer, and co-writer of the original series that ran on CBS from 1959 to 1964. Get a glimpse of his tone in the teaser below.