"In the midst of chaos is opportunity" 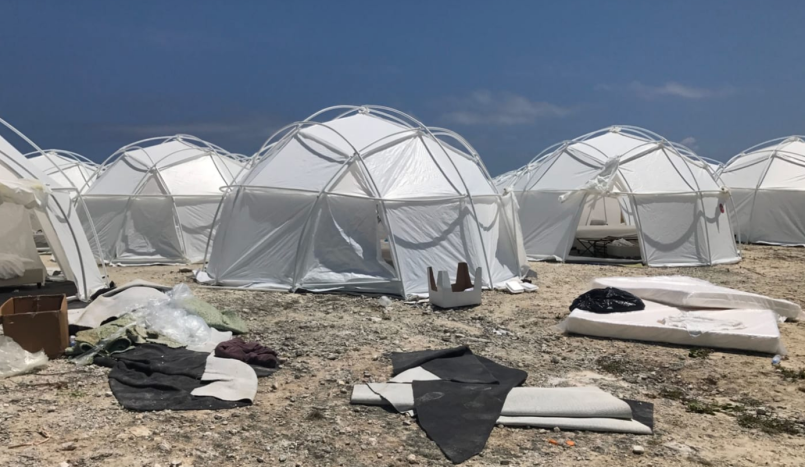 The Bohemian event originally positioned itself as the ultimate luxury music festival, where festival-goers could canoodle with super models, enjoy authentic island cuisine, and watch Migos perform on a private island that once belonged to drug trafficker Pablo Escobar. Of course, none of this proved even remotely close to reality; the thousands of poor souls who bought tickets instead found themselves stranded on a desolate island, fighting for sandwich scraps and sips of dirty water as they hid out in half-assembled tents hoping to evaded packs of wild dogs and angry, unpaid locals. Ja Rule’s business partner, Billy McFarland, was ultimately arrested for fraud, pleaded guilty to multiple federal counts, and was sentenced to six years in prison.

The story is iconic for all the wrong reasons, one so absurd that Hollywood has already churned out two documentaries, with a feature-length spoof film also in the works.

Considering all this, one might think Ja Rule would look to turn the page and explore other opportunities. However, when asked by TMZ if he would ever consider staging a second Fyre Festival, the rapper kept the door wide open.

“In the midst of chaos is opportunity. I’m working on a lot of new things, Ja Rule respond. He went on to call Fyre Fest “the most iconic festival that never was,” before slyly adding, “I have plans to create the iconic music festival.”

In the meantime, Ja Rule has launched a “celebrity entertainment booking and concierge service” called ICONN that’s in the same vein as the original Fyre app. The service allows users of the app to book major artists for their own events, which, if anything, sounds like a stellar way for 50 Cent to continue his masterful troll job of Ja Rule.