Frances Bean Cobain: “My brand is authenticity” in the age of the Kardashian 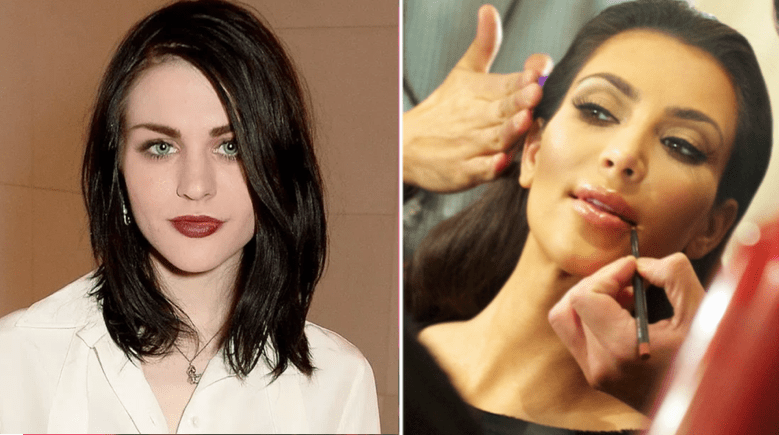 Frances Bean Cobain seems to have really been running on a streak of self-assurance recently. She debuted a handful of songs on Instagram over the course of last year, each more poised than the last. However, the burgeoning talent’s confidence extends well beyond her music, as she demonstrated admiral ownership and understanding of herself during a recent interview with her old friend RuPaul on the drag goddess’ What’s the Tee? podcast.

The daughter of Kurt Cobain and Courtney Love touched on a lot of topics over the course of the discussion, but a good chunk focused on her status as “the O.G. Blue Ivy.” Cobain talked about what it’s like growing up as the child of iconic rockers and what it’s like to make friends in that very rare scene. While she said she connects in very special ways to the likes of Sean Lennon (son of John Lennon and Yoko Ono) and Billie Lourd (daughter of Carrie Fisher and Bryan Lourd), she admitted that her unique social club is “filled to the brim with the worst people that I’ve ever met…”

She expressed keen opinions on how to stay level as the daughter of two musicians equally famous and infamous, which prompted co-host Michelle Visage to note that Cobain is rather unique amongst “celebrity kids.” Visage said that kids today are more “obsessive” than in the past, and with the level of fame and myth Nirvana maintains even decades after her father’s death, there must be an insane “energy thrown onto” Cobain by fans of her parents.

Cobain responded that while some fans feel the need “to project onto me that I am the second female coming of Kurt,” she herself doesn’t feel an obligation to abide to that perception. “If people need that outlet in order to look at my music and my art and go, ‘It’s just like your dad,’ that’s OK. If that’s the association they make, that’s a pretty damn good association, there are worse things to be called.”

Worse things, she continued, like being “inauthentic.” While folks may come to her music because she’s the offspring of Kurt Cobain, she said it’s her authenticity that will keep them there; those looking for something else can go watch Keeping Up with the Kardashians. “My brand is authenticity,” she explained. “That is what I’m trying to provide in the service of this world because it’s so very lacking in the age of the Kardashian. And it’s fine, [Kim Kardashian and her family] fill that very specific role for a reason but everything is so saturated, filtered, conceived and what people are really thirsty for, I think, in an artistic way is being able to see people for who they are and all of the messy bits involved.”

I don’t know that anyone would have ever conflated Frances Bean Cobain with the Kardashian clan, but at least she’s trying to carve out her own authentic stake of entertainment. In fact, that’s something she only very recently claimed ownership of, as she explained earlier in the podcast:

“So many people are trying to replicate or re-do what their parents have done, right?… I was really, really hesitant about calling myself a musician for a really long time because it’s my family business. It’s the same thing as becoming a doctor because your parents are doctors. And also there’s this kind of dirty association with musicianship in my family just because it hasn’t ended particularly well in that realm. But what I think was is making me and pushing me to go for it is that I don’t sound or act or am anything like my parents artistry. That’s their own thing. What my voice sounds like is not relevant to what they are at all.”

Listen to the full interview — which also touched on Cobain’s love of Dolly Parton, her sobriety, her brief marriage to Isaiah Silva, and her mother — below.

Later this year, Cobain is expected to release her debut album.