Film Review: Everybody Knows Grips With Its Performances, Meanders With Its Story 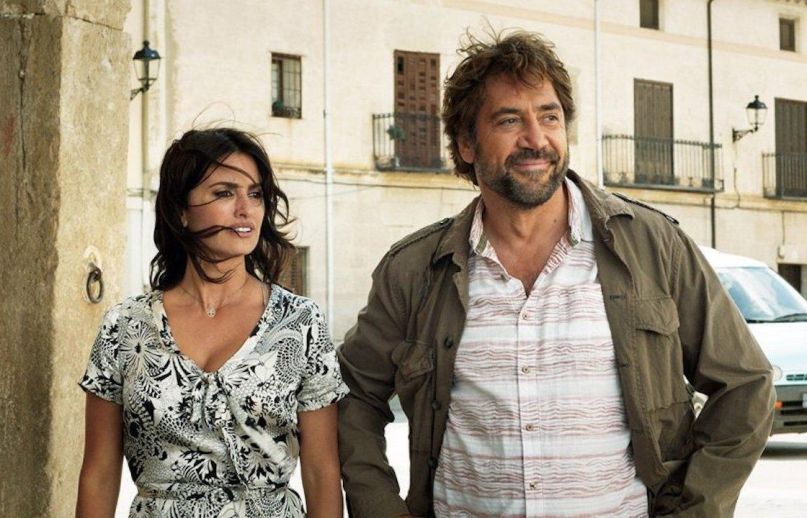 The Pitch: In a small town outside Madrid, Laura (Penélope Cruz) and Paco (Javier Bardem) spent their childhood as young lovers whose professions of passion are literally scrawled into the bricks of the clock tower at the center of the city square. However, with time, age, and a host of unspoken controversies, the two split apart — Paco bought Laura’s family estate, which he turned into a vineyard, while Laura married the older, affluent Alejandro (Ricardo Darín), moved to Buenos Aires,and had two kids.

However, the pair are brought back into each other’s lives when she and her family (minus Alejandro) return to her hometown to celebrate her sister’s wedding; at first, relations are fine, the joy of the wedding bringing the large, tight-knit extended family together for a night of revelry. But in the haze of drink, dancing, and a sudden power outage, Laura realizes that her teenage daughter Irene (Carla Campra) is missing. Minutes later, she receives a text message: Irene’s been kidnapped, and the family must pay 300,000 Euros to get her back. With the threat of death looming if they contact the police, Laura, Paco, and the rest of the family must handle the situation themselves. But as the crisis brings deeper secrets out into the open, suspicions fly about who might have kidnapped her — even within the family.

Spanish Fly on the Wall: Iranian filmmaker Asghar Farhadi has long built a reputation as a chronicler of the complex social structures that exist within tight-knit communities, and Everybody Knows is no exception. Much like About Elly, A Separation, and The Salesman, Farhadi’s real focus in his latest film is the interweaving of relationships and the ways in which social pressures force us to hide who we really are. While the setting has changed from Iran to Spain (this is Farhadi’s first feature shot outside his native country), the dynamics are quite similar: large families of working-class people struggling to get by, needing each other in the moment but intermittently plagued by years- or decades-old grudges.

The film’s title manifests itself in myriad ways, both implicit and explicit; “everybody knows” is a phrase uttered in earnest not once, but twice. Paco and Laura’s childhood love is practically legendary among their families and the rest of the town, complicated by life’s unexpected turns and long-standing disagreements about who should truly own the land to which Paco tends. The kidnapping crisis is just the match that lights this particular powder keg of resentments, which is clearly where Farhadi wants to focus his energies.

Cruz Control: For as skilled a filmmaker as Farhadi is, it’s not hard to hold an audience’s attention when Bardem and Cruz are onscreen, the real-life partners having been in at least ten movies together by now. Individually, the two are formidable screen presences as always, Cruz’s harried mother carrying scenes as capably as Bardem’s warmer, gentler farmer. But together, the two are like lightning, Farhadi rightly content to just let the background fade away and let their searing, layered chemistry take center stage.

Of course, as the film’s opening scenes shows us, Bardem and Cruz are just the twin suns in the center of an entire town  of capable, compelling character actors, orbiting around them to lend further texture to the sun-baked community in crisis. Darín is particularly beautiful to watch, making Alejandro a wearied, giving man at once understanding of Paco and Laura’s past and resentful of the suspicions his absence engenders. Bárbara Lennie, as Paco’s wife Bea, offers a brilliant portrait of a woman increasingly aggravated at her also-ran status in her own drama. It’s these character dynamics, not just within the central couple but within the legion of other figures in the periphery of this drama, that comprise Everybody Knows‘ most gripping moments.

La Dama Desparece: Less interesting is the kidnapping plot itself, and the scenes when Farhadi pumps the brakes of all this scintillating character drama to go through the whodunit drudgery is where Everybody Knows most falters. Irene’s kidnapping, and the boiled-over grudges it brings back to the surface, force family members to consider that it could have been done from inside the family unit. Could it be a scheme for Laura to reclaim the farm from Paco by forcing him to sell it, considering that the sale itself is a point of much contention among her family? Did Alejandro do it, since he’s been out of work for two years? Or one of Paco’s migrant workers, several of whom have minor criminal records? The mere suspicion of responsibility further poisons everyone’s relationships, and those elements of the inciting incident at least function well as a conduit to bring their problems out into the open.

But when it comes time to actually get down to the business of revealing Irene’s kidnapper, and the chance to retrieve her comes, Farhadi’s script takes the least interesting possible path, Everybody Knows limping to a sedate, soapy finale that simply doesn’t do the film’s craft or performances justice.

The Verdict: As a teller of tense, personal stories about communities in crisis, Farhadi is an absolute master; but with Everybody Knows, he falls just a bit short of the greatness people have come to expect of him. The cast and Farhadi’s direction remain superb as always, but they have to do a lot more work to make up for the soap opera-level histrionics on display. Whether or not the family gets Irene back, the secrets unraveled in their journey to retrieve her leave them forever changed; that’s far more interesting than pinning down the culprit, and it’s a shame that this is the one thing Everybody Knows doesn’t … well, know.

Where’s It Playing? Limited theaters around the US.