Diana Ross celebrates the best years of her life at the 2019 Grammys: Watch 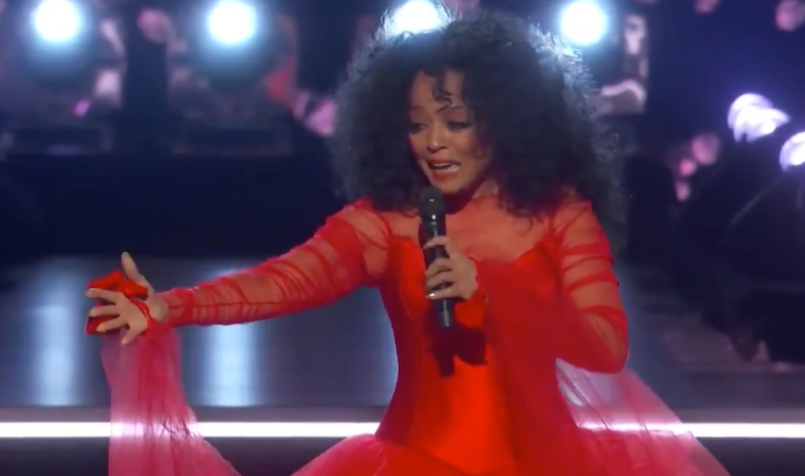 Diana Ross performs at the 2019 Grammys

On March 26th, Diana Ross turns 75 years old. To celebrate, the legendary Supremes singer returned to the stage at the 2019 Grammys, where she was adorably introduced by her grandson Raif-Henok Emmanuel Kendrick.

To kick things off, Ross celebrated “The Best Years of My Life”, prompting pretty much everyone in the theater to stand and celebrate with her. She exclaimed, “Thank you for being here and celebrating my 75th birthday!”

Shortly after, she segued into “Reach Out and Touch”, embracing the crowd as she made her way towards the middle stage while also calling for unity among her peers and fans — including Jaden Smith. The hands in the air only added to the magic.

WATCH A TRUE ICONIC LEGEND show the girls how it's been done. Miss DIANA ROSS! pic.twitter.com/r5ut0Vaudx

Ross has a fractured history with the Grammys. Despite being nominated 12 times, she’s never won a single award, a staggering anomaly the Recording Academy attempted to resolve in 2012 when they bestowed upon her a Grammy Lifetime Achievement Award.

It’s even more baffling when you consider Ross’ prestigious past. She’s one of the most successful female artists in recording history, with over 70 hit singles to her name, and is the recipient of the Kennedy Center Honors and the Presidential Medal of Freedom.

To add more Ross to your vinyl collection, head on over to ReverbLP.

Watch the rest of the performances from the night and see who won by following our 2019 Grammys coverage.