David Bowie’s son says Stardust biopic does not have family’s blessing, has better idea for film 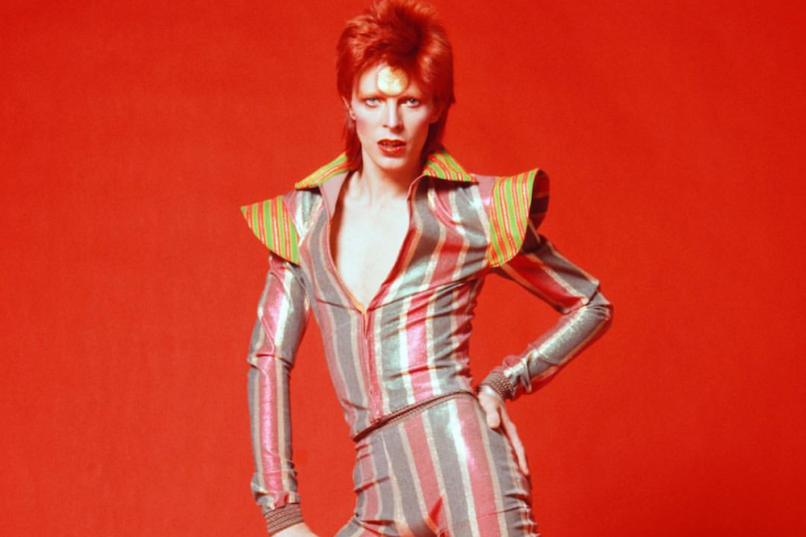 Yesterday brought news that director Gabriel Range would be helming a David Bowie biopic starring Johnny Flynn. Dubbed Stardust, the script by Christopher Bell tells the story of Bowie’s first trip to America in 1971, a journey that inspired the creation of Ziggy Stardust. Now, however, Bowie’s son, director Duncan Jones, has revealed the film does not have the blessing of his family and will likely not receive rights to any of his dad’s music.

“Im not saying this movie is not happening. I honestly wouldn’t know,” Jones tweeted, confirming his lack of involvement in Stardust. “I’m saying as it stands, this movie won’t have any of dads music in it, & I can’t imagine that changing. If you want to see a biopic without his music or the families blessing, thats up to the audience.”

When a follower asked if Jones would consider a more “creative” approach to a film centered on Bowie’s music, he sparked what could be a genius collaboration. “If [Good Omens and American Gods creator] Neil Gaiman wanted to write something using dad’s characters, and [Spider-Man: Into the Spider-Verse director] Peter Ramsey and his team wanted to make it as an animated film, I would urge everyone on my end to pay attention and give the pitch serious consideration.”

Gaiman sent along his thanks for the shoutout, while Ramsey expressed playful agreement by tweeting, “I second that emotion, I’m a huge bowie fan.” That turned into bemused shock when it became clear Jones wasn’t just taking the piss.

“If something like this were to happen, I would want artists like you and Neil to do it, and I would stay completely out of the way, cheerleading with all my heart,” Jones replied. He added in another tweet, “You are on the wave right now. Everything is yours for the asking. You have choices upon choices… but if you will, consider it. I think you could make something… as special as what you just accomplished with Spider-Man: Into the Spider-Verse.”

Ramsey responded with a GIF of a fainting woman.

(Funnily enough, Gaiman wrote a novel in 1999 entitled, Stardust, which was adapted into a film by Matthew Vaughn in 2007. The story has nothing to do with a rock god, but instead is a romantic adventure fantasy starring Claire Danes, Charlie Coz, Michelle Pfeiffer, and Robert De Niro.)

These sort of Twitter collaboration pipe dreams have a way of staying just that, but we can’t help imagining how amazing a Ziggy Stardust movie done in the style of Spider-Verse and penned by the creator of Sandman would really be. Read the back-and-forth below, and let’s see how far this Twitter campaign can go.

Im not saying this movie is not happening. I honestly wouldn't know.
Im saying that as it stands, this movie won't have any of dads music in it, & I can't imagine that changing. If you want to see a biopic without his music or the families blessing, thats up to the audience.

If @neilhimself wanted to write something using dad's characters, and @pramsey342 and his team wanted to make it as an animated film, I would urge everyone on my end to pay attention and give the pitch serious consideration. 😉 https://t.co/WdpuL1o7z7

Genuinely, I'm not the right person to make it. My perspective is far too uniquely subjective and personal. If something like this were to happen, I would want artists like you and Neil to do it, & I would stay completely out of the way, cheerleading with all my heart.

It could make for a pretty wonderful celebration of his life and work.
If the two of you want to take this forward, you know where I am. 😉

I’m…wait — wha?!? What universe have I stumbled into?

In a statement to Entertainment Weekly, the producers of Stardust addressed Jones’ comments. “We would like to clarify that this film is not a biopic, it is a moment in time film at a turning point in David’s life, and is not reliant on Bowie’s music,” they said. “The film was written as an ‘origins story’ about the beginning of David’s journey as he invented his Ziggy Stardust character, and focuses on the character study of the artist, as opposed to a hits driven ‘music’ biopic.”

Producer Paul Van Carter specifically added, “We offered to send the screenplay and make the [Bowie] estate involved in the creative process. We were told there wouldn’t be approval from the estate… the estate doesn’t [typically] license Bowie’s music. We’re not using any Bowie music. We always knew that we weren’t going to.”

Whether or not it features any of Bowie’s music notwithstanding, Range and Bell’s Stardust is looking to start principal photography in June. Marc Maron is set to play Bowie’s publicist, while Jena Malone (The Hunger Games) is playing Bowie’s first wife, Angie.