In support of new album South of Reality, which drops later this week 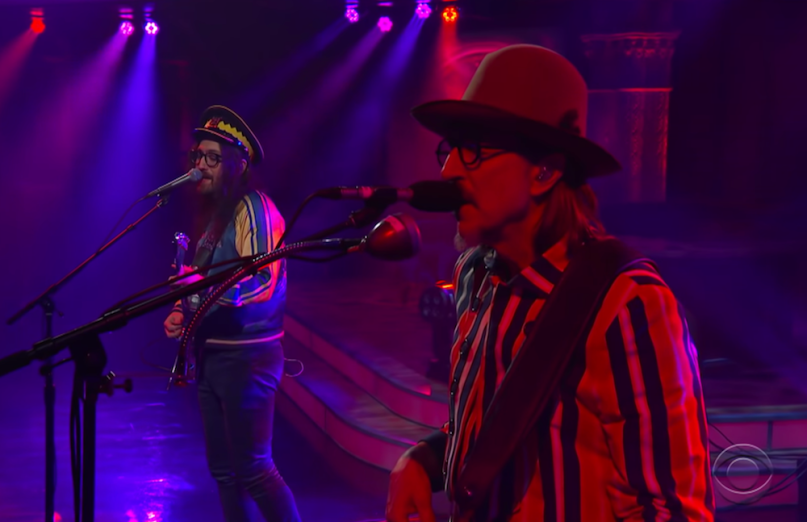 The Claypool Lennon Delirium on the Late Show

Later this week, Primus bassist Les Claypool and Sean Lennon will release their latest collaborative album as The Claypool Lennon Delirium. Titled South of Reality, it marks the duo’s second overall and follow-up to Monolith of Phobos from 2016. Ahead of its February 22nd release, the two-piece appeared on the Late Show with Stephen Colbert on Monday night to perform lead single, “Blood and Rockets”.

The track was inspired by famed JPL rocket scientist Jack Parsons, and their performance reflected a bit of the band’s fascination with space and beyond. As Claypool Lennon Delirium unfurled the expansive “Blood and Rockets”, swirls of deep red and purple twisted behind them like galaxies and star clusters.

(Read: 10 Years with Les Claypool: On Sailing the Seas of Cheese and Avoiding Dead Sharks)

The band is expected to support the LP with a North American tour beginning mid-April. Also, read our 10 Years, 10 Questions feature with Claypool.

To own the Claypool Lennon Delirium’s releases on vinyl, head to ReverbLP.