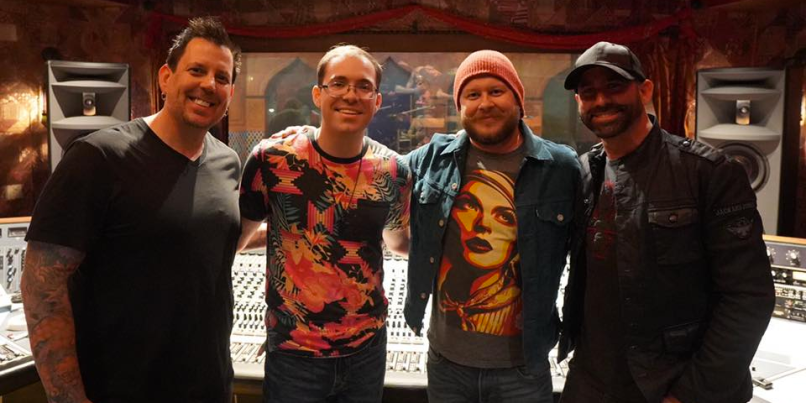 Before becoming a multiplatinum rock star with Linkin Park, Chester Bennington was the singer of the post-grunge Arizona act Grey Daze. Now, nearly two years after his tragic death, his 22-year-old son Jaime is recording vocals with his father’s early band.

Grey Daze recorded a couple of albums in the mid-’90s and now the original members have gotten together to re-record some of the old tunes, enlisting the help of Korn guitarists Brian “Head” Welch and James “Munky” Shaffer, along with Bush’s Chris Traynor and P.O.D.’s Marcos Curiel.

In a Facebook post on Saturday, Grey Daze posted photos of Jaime Bennington in the studio, stating, “Chester would have been so very proud of his son Jaime Bennington. We had Jaime sing along with his father last night at NRG Recording Studios and his voice is great! Sounds a lot like his father and we were all very proud to be a part of it.”

In 2017, roughly a month after Chester took his own life, Jaime issued an EP of piano-based compositions, with Chester’s widow, Talinda, calling him “as talented as his father.” Jaime’s mother is Elka Brand, whom Chester had a relationship with as a young man.

A couple of days after posting about Jaime’s contributions, Grey Daze shared a video of Brian “Head” Welch working out a tune in the studio, as well.

As for Linkin Park, co-vocalist Mike Shinoda issued the solo album Post Traumatic last year, and the band has not ruled out returning to music, with Shinoda saying, “We have a lot of rebuilding to do … so it’ll take time.”