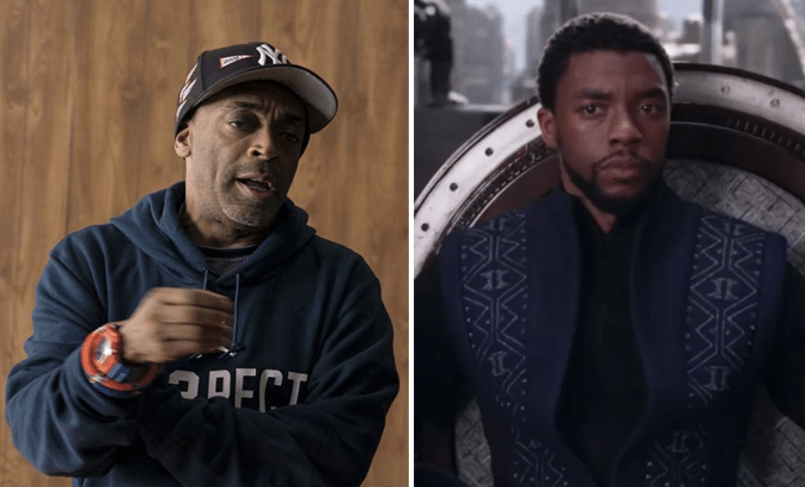 The Academy Awards are still two weeks away and director Spike Lee already has his eyes set on a follow-up to his Oscar-nominated BlacKkKlansman. Even better, he’s teaming up with the star of another hot Oscar contender.

As Variety reports, Black Panther hero Chadwick Boseman has climbed aboard Lee’s Da 5 Bloods, which tells the story of Vietnam veterans returning to the jungle to find the innocence they lost during war.

“To quote my brother Jay-Z from Da People’s Republic of Brooklyn ‘On to Da Next One,’” Lee said.

Lee will reunite with his BlacKkKlansman co-writer Kevin Willmott and rework an original screenplay by Danny Bilson and Paul DeMeo. Netflix is in negotiations to distribute the movie, which would mark his first feature film for the streaming giant. He currently executive produces their TV adaptation of his own feature, She’s Gotta Have It.

(Read: A Guide to Spike Lee in Five Films)

Joining Boseman will be stars Delroy Lindo and Jean Reno. While Reno is something of an outlier for Lee, Lindo has previously collaborated with the filmmaker on Clockers, Crooklyn, and Malcolm X.

Shooting will begin once Lee is done making the awards rounds with BlacKkKlansman. The film is nominated for six Oscars, including Best Picture, Best Director, and Best Adapted Screenplay.

In December, Consequence of Sound named Lee their 2018 Filmmaker of the Year. Revisit the exhaustive interview in which he discusses the implications of revisiting nostalgia and the vitriolic era of Trump.