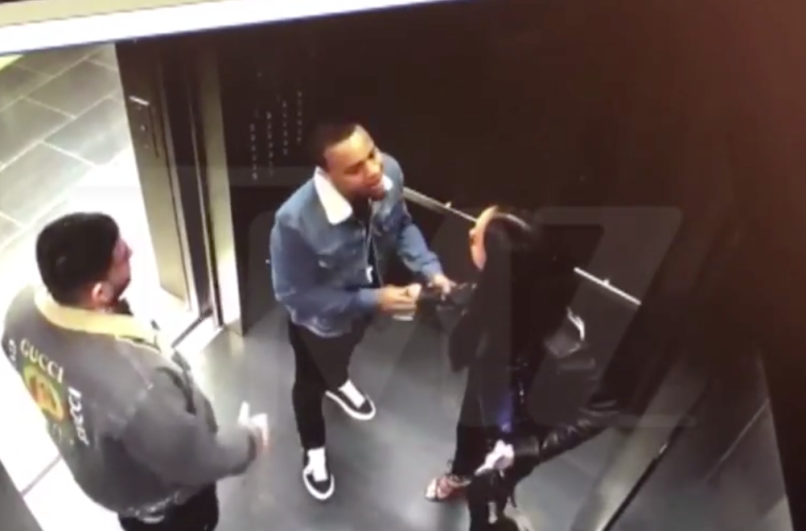 Last weekend, Bow Wow and his girlfriend Kiyomi Leslie Holden were arrested in Atlanta and charged with battery assault. At the time of the arrest, police officers “were unable to determine the primary aggressor of the altercation,” according to a statement.

However, as TMZ reports, video has now surfaced revealing Moss aggressively berating Holden in an elevator prior to their altercation. Visibly enraged, he grabs her arm, rips something from her hand, and corners her, getting increasingly close to her face.

The couple had been in town for the Super Bowl to promote a pop-up event put on by Moss’ mother. Both Moss and Holden confirmed to the cops the argument stemmed from a party on Friday night in which Moss saw Holden talking to another man at a party.