Album of the Week: The Real Ariana Grande Arrives on the Authentic thank u, next 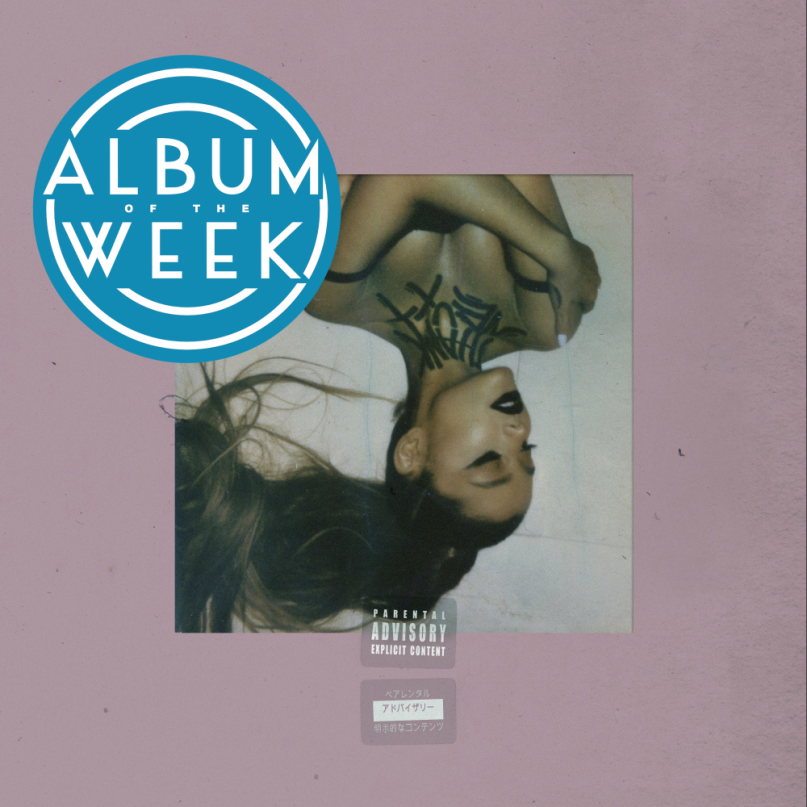 The Lowdown: Pop stars go into the studio with a bunch of songwriters they barely know to try and create something that sounds personal and authentic. That sounds hard, and it’s probably even harder. Authenticity is one of the great mysteries of music. It’s not something you can hear, like tone or pitch, and it cannot be measured or timed.

Authenticity is the ghost on the track, the presence between the notes. I bring this up because while Ariana Grande’s talent has been obvious since around the time she became a teenager, she was still, like most teenagers, trying to figure herself out. When her solo career took off, she could immediately sing the hell out of cuts like “Problem” or “Bang Bang”, but these singles didn’t feel personal or authentic. They weren’t special songs; they were generic songs being performed by a special talent.

Now, after a tumultuous 18 months that included a terrorist bombing at one of her concerts, an engagement, a wedding called off, and the death of an ex-lover, Ariana Grande seems to have found herself. Last year’s Sweetener was the first step in this exciting new direction. With thank u, next, she’s arrived. The whole album crackles with personality. Perhaps other pop stars could have sang these melodies, but few could have imbued the words with so much meaning or breathed such life into the space between the notes.

The Good: Before you heard the title track, “thank u, next”, you might have thought it was a smug kiss off. But the “thank you” couldn’t be more sincere, and the “next” is filled with hope. There’s a bit of attitude, of course, and more than a little sadness. This is emotionally complex terrain, where you can’t get the whole mood from just one line or even just one verse.

On “ghostin’”, the lyrics seem to reference her then-fiance Pete Davidson as well as her recently deceased ex, Mac Miller. It’s by turns warm and chilling. “Though I wish he were here instead, don’t want that living in your head/ He just comes to visit me when I’m dreaming every now and then.” It’s a stunning performance. Even as she berates herself and says she hates herself, her voice hardly rises above a whisper.

The album layout consistently helps the songs. The push and pull of “needy” turns into needing space on “NASA”. Grande’s love has limits on, “bloodline”, and instead of offering excuses, her next song declares, “Fuck a fake smile.” Soon she’s getting a “bad idea” against a background of aching, urgent strings. The Ariana Grande presented on thank u, next is full of internal friction. She loves herself but she doesn’t always like herself.

The payoff comes on album closer “break up with your girlfriend, i’m bored”. If this track had come earlier on the album, it still would have been cocky fun. But it doesn’t. It arrives at the end, after all the sass, grief, joy, and self-loathing. It comes right after the graciousness of “thank you, next!” So when Grande says, “I know it ain’t right, but I don’t care,” she’s slipping back into her old, bad habits. This gives the finale a sour aftertaste, which is fitting for an album that’s as much about the pain of growing as it is about growth.

The Bad: There are 12 on thank u, next, and none of them are duds. But there is one that landed funny on my ear. “Seven rings” is a big radio hit, but in the context of the other songs, it sounds a little out of place. It leans on “My Favorite Things” from The Sound of Music, a song that has been performed many times in many different voices. It’s odd to encounter this off-the-rack melody when the rest of the album is so personally tailored.

The Verdict: Sweetener was very optimistic. thank u, next is many things, but optimistic isn’t one of them. These days, Ariana Grande’s worldview seems to be a little more messy; or at least she has allowed her public image to get messier. Of course, the album is a highly polished product and not some diary page. But it feels lived in, truthful, authentic. thank u, next is a personal statement from a generational talent who is still only 25 years old. And maybe that’s the most exciting part: Ariana Grande is just now entering her prime.

Essential Tracks: “ghostin”, “thank u, next”, “fake smile”, and “break up with your girlfriend, I’m bored”

Buy: Pick up copies of thank u, next along with other Ariana Grande titles at Reverb LP. Check here for more.