Song of the Week: James Blake Invites Us in on “Mile High” with Travis Scott 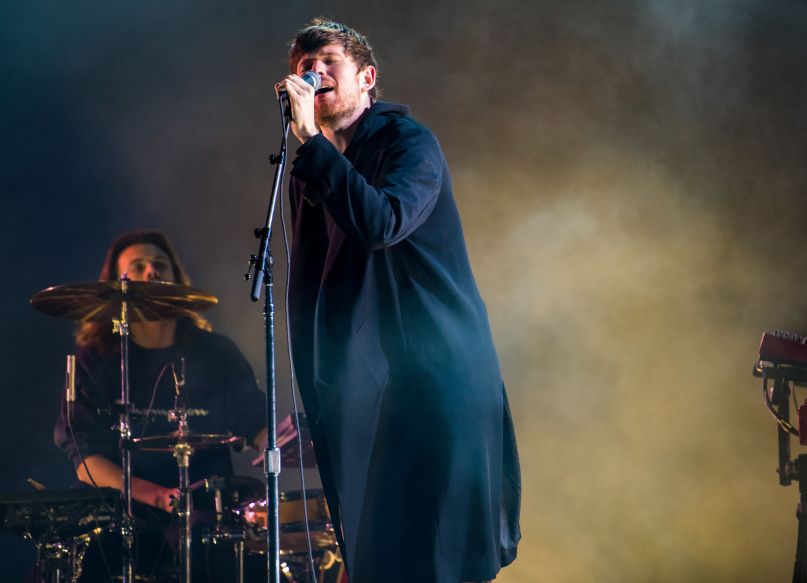 “Mile High”, a new single from James Blake’s fourth album, Assume Form, isn’t too out there for the English songwriter-producer, who has been dabbling with this brand of sleepy, beat-driven R&B since 2010. In the past few years, however, Blake has been seen collaborating with hip-hop artists more and more, culminating in the 4X Platinum single “King’s Dead” from Black Panther: The Album, which featured Kendrick Lamar, Future, and Jay Rock.

Moving from one group of hip-hop heavyweights to another, “Mile High” sees Travis Scott and Metro Boomin hopping on for vocal and production contributions, respectively. The airy, trap-influenced cut proves that Scott can fit in on more than just his signature bangers, with an almost comforting delivery that’s more inviting than assertive. “We on a drive, looped in/ Two seat ride, couped in,” croons Scott to open the track. “Who gon’ slide? Who’s in?”

Elsewhere, Blake’s presence is subtle, but always palpable. “Don’t wanna see me by yourself, by yourself,” repeats Blake in dizzying fashion. The production is stripped-down and you can almost feel the movements in both vocalists. It may be early in 2019, but expect to see Blake pop up a few more times before the year wraps.

The Cranberries – “All Over Now”

One year after the loss of Dolores O’Riordan, “All Over Now” brings back her unforgettable vocals to haunting effect, coupling the band’s trademark dream-tinged guitar rock with straightforward, reflective lyrics and already feeling like a fixed Cranberries classic. –Laura Dzubay

On The Drums’ lead single off their forthcoming album, fast-paced guitar riffs layered with precise drumbeats transform a song about depression and desire into a sunny beach anthem that has become their trademark sound. –Brad Dountz

Only Panda Bear can turn his own psychosis into a psychedelic, blissed-out extravaganza that is a one-of-a-kind trip down the rabbit hole that will leave listeners with more questions than answers. –Brad Dountz

Mustard made a splash this week with “Pure Water,” a catchy, ice-cool track that makes as much use of its thudding backbeat as it does of Migos’ tri-fold mosaic of persona and rapping skill. –Laura Dzubay

Townes Van Zandt – “All I Need”

A lot of folk artists try to be Townes Van Zandt, but the previously unreleased “All I Need”, recorded in 1973 at the height of his productivity, reiterates that nobody can capture that straight-out-of-the-mountains poeticism in quite the same way that he did. –Laura Dzubay

“Blue Wings” soars to dreamy heights as Jack Tatum’s vocals are a true standout on a strong track that should not be mistaken for the B-side that it really is. –Brad Dountz

Slow and spooky, Alice Phoebe Lou’s “Skin Crawl” moves with a light but sure-footed step, blending genres with ease in its delivery of a promise to “put [misogyny] in the backyard/ And set fire to it.” –Laura Dzubay

CupcakKe has never been known for her subtlety, and “Squidward Nose” goes all out with the bizarrely carnal wordplay. One listen to this track and you’ll never look at Spongebob’s next-door neighbor the same way. –Parker Reed

Dream Theater – “Fall into the Light”

In a world of accessible song durations and structures, Dream Theater continues to consistently release material in the face of both. While “Fall into the Light” may not sonically turn heads, this seven-minute cut will satisfy anyone looking for something with a little more muscle. –Parker Reed