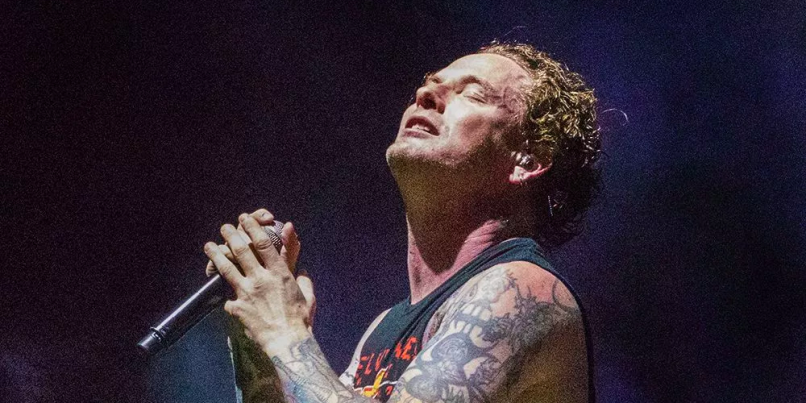 Corey Taylor is a man of many hats — fronting Slipknot and Stone Sour, writing best-selling books and even acting in Sharknado 4 — and now he’s looking to dabble in jazz, or more specifically, “dark jazz.”

During a recent interview with RadioVegas.Rocks (as transcribed by Blabbermouth), the Slipknot singer was asked if he’d ever dabble in country music, to which he replied, “Even coming from Iowa — fuck no! Absolutely not. And it’s not to say that I couldn’t write stuff like that.”

He went on to say, “My interest [outside of metal and hard rock] would be more singer-songwriter kind of vibe, like Squeeze or something like that. Or — and I’ve actually been thinking about doing something like this — putting together a quartet or a quintet and doing a jazz album, like a dark jazz album, [and] recording it live in a room. It won’t sell shit — it would really just be for my own fucking personal collection… ‘Cause I love jazz. A lot of people don’t realize that — I listen to a lot of ’40s and ’50s jazz.”

Taylor continued, “And there is this… the haunting stuff that [Billie] Holiday would do, the older stuff that Charlie Parker would do, when he was really fucked up — that would be the stuff that I would be closer to. And I’ve got, actually, jazzy versions of some of my own songs that I would love to try. Probably something like [Slipknot’s] ‘Prosthetics’, I think would be really, really cool. And then [Stone Sour’s] ‘Bother’ — I’ve got a really cool jazzy version of ‘Bother’ that could be really cool.”

For now, we’ll save our jazz hands for later, and throw up some horns instead, as Slipknot are hard at work on a new album that’s tentatively set for a summer release. The band has already tantalized fans by releasing the first single, “All Out Life”, back on Halloween day.