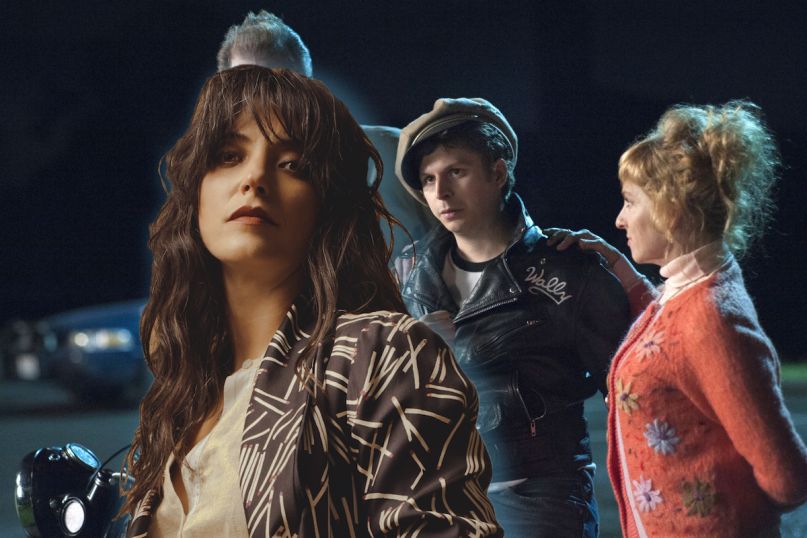 On January 18th, Sharon Van Etten will return with her first new studio album in five years, Remind Me Tomorrow. As you can already tell from her first three singles — “Comeback Kid”, “Jupiter 4”, and “Seventeen” — the highly anticipated album is a major departure for the singer-songwriter, who leans less on the guitar and more on electronic fixtures. Much of that leap can be attributed to, of all things, actor/musician Michael Cera, who she met on the set of David Lynch’s Twin Peaks.

Van Etten explains the seemingly odd connection in our tri-weekly podcast series Kyle Meredith With…. “I was writing a score at the time for Katherine Dieckmann’s film Strange Weather, and I was writing a lot of guitar,” she says, “She had actually referenced Ry Cooder’s soundtrack for Paris Texas, and I remember thinking it was a really tall order because I’m not even that kind of a guitar player, but I was up for the challenge. Whenever I got to the point where I felt like I wasn’t getting anywhere in what I was writing, I would put down the guitar and play anything else.”

“At the time, I was sharing a space with the actor Michael Cera, and he had these amazing keyboards hanging around. One was an old CX-3 organ and the other was a Jupiter-4 synth, and I remember having no context at all. But I wanted to step away from the guitar and just play something that I didn’t have any preconceived notions about and mess with it for awhile. So, as I’m experimenting with the synthesizers, I’m thinking about how we met, and how Twin Peaks is so much darker, and thinking about the soundtrack for that, for the original score, and wanting to delve in a little more, I think I felt encouraged by the worlds I was suddenly in.”

Eventually, a working partnership evolved. “[Cera’s] actually really into the drums and the piano, which was really fun,” she adds. “I helped him get his drumming on, and he helped me open up into the synth world, which I never would have guessed.”

Stream the full interview with Kyle Meredith below, in addition to both Van Etten and Cera’s scenes from Lynch’s incredible 18-episode opus, Twin Peaks: The Return, shortly after. Coffee and pie, optional.