Serj Tankian, M. Shadows and Tom Morello to appear on new album from System of a Down’s John Dolmayan 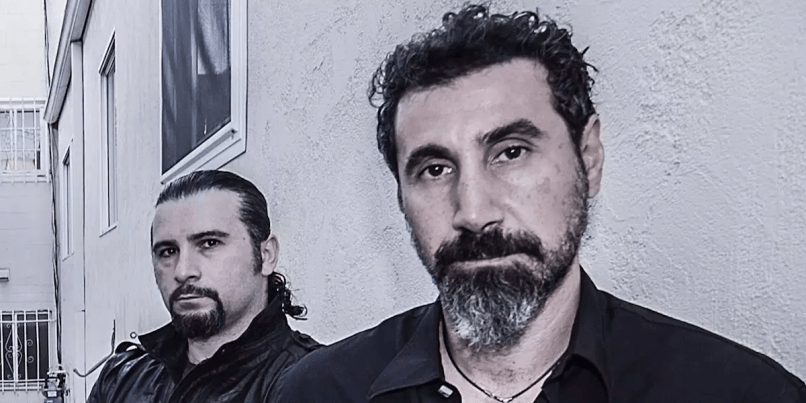 While fans are perpetually waiting for new music from System of a Down, the band’s drummer, John Dolmayan, isn’t waiting much longer to unleash his latest batch of tunes.

Dolmayan has revealed that he plans to release a new album in the next few months as These Grey Men outfit, which also consists of musician James Hazley. What’s more, the album will feature a bevy of major names, including System of a Down singer Serj Tankian, Avenged Sevenfold frontman M. Shadows and Rage Against the Machine / Prophets of Rage guitarist Tom Morello.

Speaking with SOAD Mexico, Dolmayan says, “I’m still working on it – it’ll be released within the next four months. All the songs are finished, but we’re in the process of adding strings.”

He adds, “There’s some cool artists on it. Serj sang two songs. The Avenged Sevenfold singer – I don’t know if you know Matt, he’s fantastic. Really nice guy, by the way, and he sang a song… I have a bunch of other friends. Tom Morello played guitar on a song. I know it’s been forever, but it will be released.”

As for new System of a Down music, bassist Shavo Odadjian recently told Heavy Consequence that he thinks it will eventually happen.

“Nothing between us has happened that’s so terrible that people can’t get in the studio and work. Nothing!” he said. “Everything is just [a matter of] taste, and they just gotta get in and forget the past, and kind of move forward. And I think that will happen. I’m not worried. I’m not worried at all.”

System of a Down are on tap to perform at this year’s Sonic Temple and Chicago Open Air festivals, both taking place the same weekend in May.