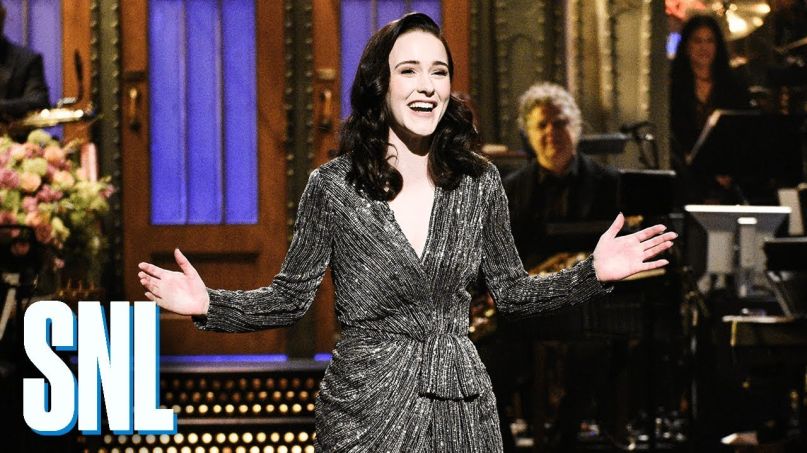 When last we left Saturday Night Live, the show had found a relatively steady stride after a really bumpy 2018 season — oh, and we still had a government. However, much like our democratic norms, 2019 has started SNL off with some questions as to the stability of our institutions, their first episode back as stale as a Crave Case full of week-old hamberders.

It didn’t help that this week’s host, Rachel Brosnahan of The Marvelous Ms. Maisel, was completely wasted in another casualty of the SNL writing team. Of course, when the host is an established presence like Matt Damon or a larger-than-life persona with their own tics like Jason Momoa, there’s easy fodder for some great ideas. Here, though, the talented Brosnahan was largely sidelined in unfunny supporting roles that didn’t give her much chance to show off her Emmy-winning wit and rapid-fire delivery. So, what could have been a standout performance instead went largely marginalized.

To her credit, Brosnahan managed to make the most out of her thankless roles, from an exasperated millennial game show contestant to a Barbie social media consultant to even a brisk Ms. Maisel parody about a much raunchier comedienne (Leslie Jones). By comparison, the SNL crew didn’t have much to do, either, besides make some limp jabs at the government shutdown, parody some Gilette ads this week, and entertain the Led Zeppelin carbon-copy antics of Greta Van Fleet (though they’re more than aware of the comparison).

Nevertheless, let’s look at some of the episode’s other highlights.

SNL OPENS UP ABOUT THE SHUTDOWN

“We were off for a month, but conveniently, so was the government,” snarked Colin Jost at the top of Weekend Update, just one of many jabs the cast took at the 29 days of the government shutdown Trump said he’d own but has predictably blamed Democrats for in recent days. The now-obligatory Alec Baldwin-as-Trump cold open played it relatively safe with a Deal or No Deal parody in which guest host Steve Harvey (Kenan Thompson, who’s gotta be sick of mostly playing game show hosts by now) tries to get Trump to end the shutdown by taking a deal “the only way [he] knows how – a TV game show!” The bit’s got the usual jabs — Chuck Schumer’s feckless, Maxine Waters is angry — but Kate McKinnon predictably knocked it out of the park as an energized, camera-hungry Nancy Pelosi “drunk on [her] own power.” Leave it to McKinnon to take on each new twist and turn in the Mexican soap opera that is our modern political discourse and offer deliciously entertaining spins on the latest character to take the spotlight.

JOHN MULANEY AND PETE DAVIDSON TALK UP THE MULE

It can be a bit exasperating to see Pete Davidson show up on Weekend Update. Usually, he’s either burying the hatchet with Ariana Grande or legitimizing the grievance politics of far-right Congressmen with eyepatches. This time around, the addition of stand-up tour buddy John Mulaney managed to dull the pain, as the two talked about their experience catching last year’s Clint Eastwood vehicle The Mule. Excitedly regaling stories of a 90-year-old Eastwood driving unsupervised and engaging in not one, but two threesomes in that movie, the pair are a giddy respite from the rest of the otherwise-serviceable segment. The movie’s so good that Mulaney’s even willing to forgive co-star Andy Garcia for the one time he was rude to him at a Lakers game — truly the Mother Theresa of our time.

Some of the hour’s better sketches tackled modern social woes like “Millennial Millions”, a sketch show in which broke millennials can win riches if they can stand hearing the uninformed bluster of arrogant Baby Boomers for 30 seconds at a time. Though, perhaps the best and most topical bit was their fast-acting commercial parody of the now-famous Gilette commercial that tackled toxic masculinity (and subsequently sent dudes who were Definitely Not Mad flushing their razors down the toilet). The latest brand to get #Woke? Kool-Aid, whose commercial deconstructs the impulsive, imposing arrogance of the Kool-Aid Man’s penchant for shouting “OH YEAH!” and bursting through people’s walls. In the wake of the Kool-Aid Man getting #MeToo-ed (or would that be Fruit Punch Duck-ed?), the new ad points out that “the Kool-Aid boys of today will be the Kool-Aid Men of tomorrow.” Who says sugar water can’t come with a heaping helping of social justice?