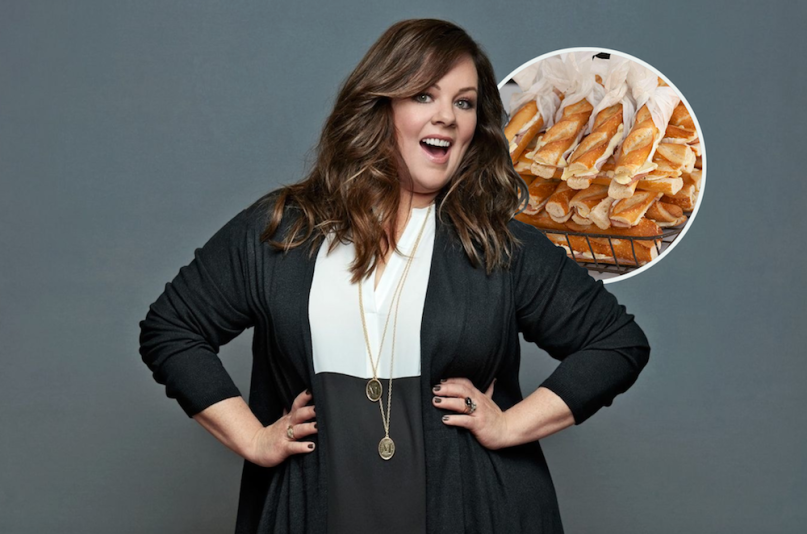 Melissa McCarthy may have lost the Best Actress in a Motion Picture, Drama statue to Glenn Close at last night’s Golden Globes, but she undoubtedly won Best Caterer in the hearts and stomachs of many at the ceremony.

You see, attendees of the Globes are typically served dinner before the awards show actually kicks off, during a time when many celebrities are still walking the red carpet. That means they often don’t get to eat until well after the lengthy telecast (which went extra long on Sunday night) ends. Unwilling to let her colleagues starve while they waited to face dejection or elation, McCarthy snuck 30 ham sandwiches into the ballroom and fed her friends throughout the night.

“I’ve been handing them out to everyone,” McCarthy revealed to Variety. “Next year, I’m bringing hotdogs.”

Her magnanimous act did not go unappreciated by her peers. Best Actress in a Motion Picture, Comedy or Musical winner Olivia Colman even gave a shoutout to McCarthy during her acceptance speech. “Thank you for the sandwiches,” Colman said when she eyed McCarthy in the crowd, smacking her lips. “Amazing.”

“How did she get them in here?” pondered Jessica Chastain. “But it’s a good idea because by the time you get into the ballroom dinner has already been served, and you’re always so hungry.”

The snacks apparently came from Joan’s on Third, an upscale specialty food market known to Los Angelenos. Wonder from which fancy food store McCarthy will snag next year’s hotdogs.