He-Man to return in new Masters of the Universe reboot

Sony has tapped Men In Black: International writers to bring back the hero 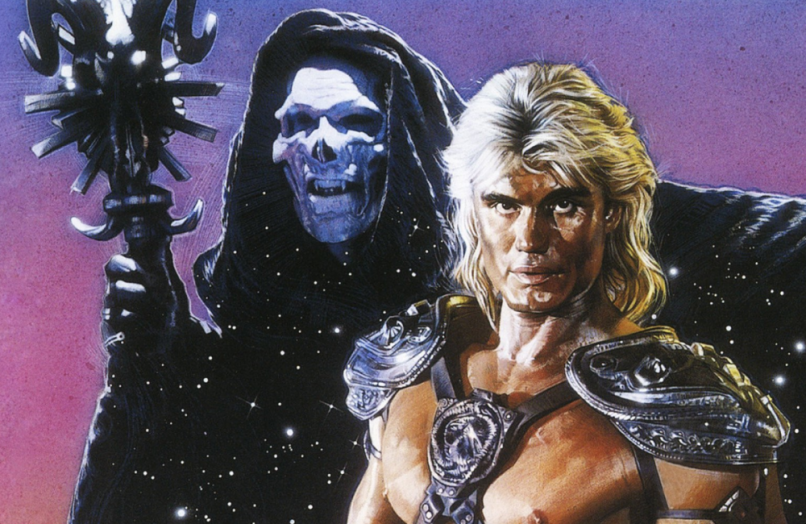 Masters of the Universe (Cannon Films)

Anyone who grew up in the ’80s probably had a He-Man action figure, or at least knew someone who did. Toys for Masters of the Universe were just as ubiquitous as Barbies or G.I. Joes, and there’s no doubt that Sony wants to mine some of that nostalgia.

According to Variety, the studio has tapped legendary Men in Black: International writers Art Marcum and Matt Holloway to pen the screenplay for its forthcoming reboot of the 1987 film with Mumblecore directors Adam and Aaron Nee attached.

It’s admittedly an odd team given the IP, but they can only go up. Sure, the original film starring Dolph Lundgren and Frank Langella remains a campy cult classic, but it was also panned by critics upon its release. Odds are Sony won’t want a redux of that.

As of now, it’s unclear whether they’ll be rewriting David S. Goyer’s original script, who remains a producer. Goyer isn’t exactly known for comedy like Marcum and Holloway, so it’s likely they wanted to go in a more tongue-in-cheek direction.

It worked for Warner Bros., whose similarly fantastical Aquaman has shored up nearly a billion dollars for the studio. If Sony wants to do that, they’d be wise to try and conjure up some of that meta-comedy that made their Jump Street movies such a success.

Channing Tatum as He-Man anyone?