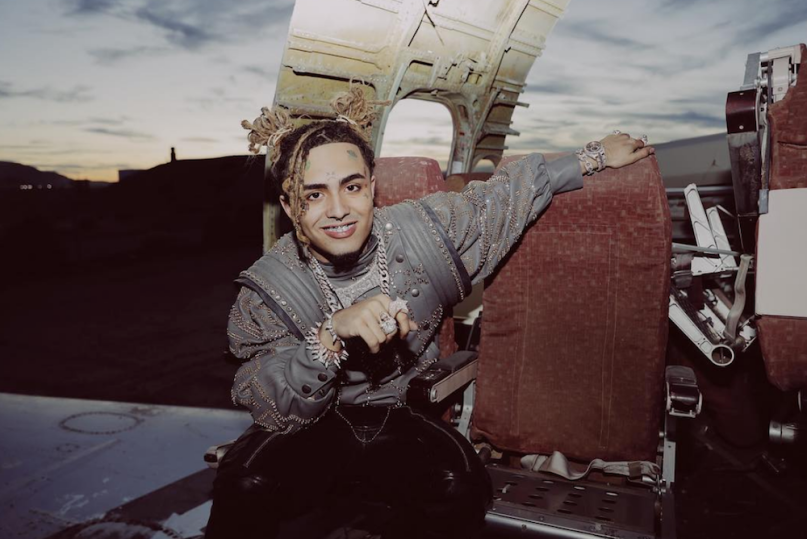 Now that the long-awaited Harverd Dropout has a release date, Lil Pump is back to rolling out new material. Today, the rapper has shared a new single titled “Racks on Racks” and its official music video.

As to be expected, Lil Pump is all about the boasting on his latest cut. Its clip follows suit, but takes the flexing to absurd levels. Scenes are packed with pricey planes and monster trucks, loads of scantily clad women, massive guns, and fiery explosions. It’s like a very bad, Hollywood ensemble action film, except the only star you’re getting is Lil Pump, which is… well, disappointing is an understatement.

To top it all off, in an Instagram pic from the set of the video, Lil Pump declared that he “really jus saved da rap game.” He really jus said dat.

Watch the “Racks on Racks” video below.

Harverd Dropout drops February 22nd. Its release comes amidst legal woes and drama, including an arrest for disorderly conduct and a concert evacuation.

Following the release of Harverd Dropout, Lil Pump is scheduled to appear at Coachella, where he, Gucci Mane, and Smokepurpp are expected to debut their new collaboration under the name “Gucci Gang”. Lil Pump is also playing Miami’s Rolling Loud Festival.