Asks Blythe, "What have I gotten myself into?" 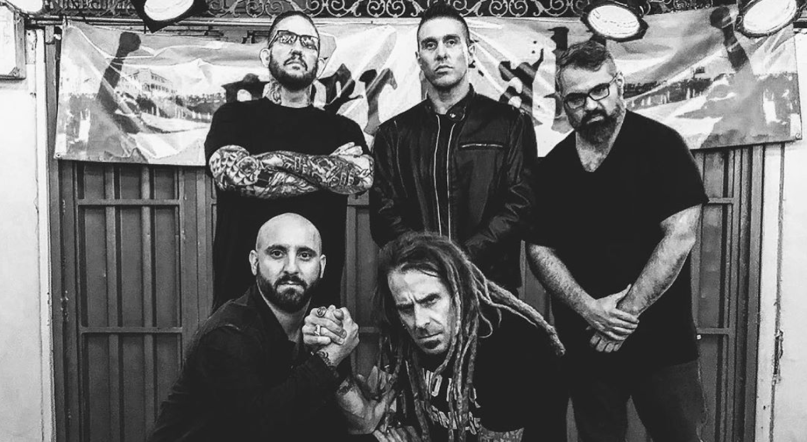 Over It All, via Sumerian Records

The ever-busy Randy Blythe isn’t take a break anytime soon, as the Lamb of God vocalist has just formed a new band with members of Animals As Leaders and Sworn Enemy. The outfit, named Over It All, has inked a deal with Sumerian Records, with apparent plans to release music this year.

While details are scarce, the news was revealed by Blythe on his Instagram page, where he posted a photo of the band with the caption, “The Nightmare Begins” 1.10.2019 In the @overitallofficial RV with my bros- we’re just ONE FREAKING DAY into this thing & already it’s trashed & smells like ass. I guess that what happens when you put a bunch of freaking savages from @lambofgod, @animalsasleaders, @swornenemynyc, & #atticsforautomatics together to form a band. Christ almighty, I thought I had left the van/RV days far behind me… Thanks @sumerianrecords for paying for the RV… I guess. Give us a follow for updates: @overitallofficial. What have I gotten myself into… Over It All.”

The news was also posted over at Over It All’s new Instagram page, along with a more official-looking band shot. It reads, “What happens when you put together members of @animalsasleaders, @lambofgod, @swornenemynyc & Attics For Automatics? PURE MADNESS. We are OVER IT ALL. Hide your children, because we are coming for them in 2019. Thanks @sumerianrecords for the support & making this happen! Stay tuned…”

In addition to Blythe, the band is made up of Animals as Leaders guitarist Javier Reyes (who plays bass in Over It All), Sworn Enemy guitarist Lorenzo Antonucci, Mediaskare Records founder Baron Bodnar, and 33 & West booking agent JJ Cassiere.

What it all means for Lamb of God’s next album remains to be seen, especially since LoG guitarist Mark Morton is releasing his own collaborative album next month. However, drummer Chris Adler did hint in the fall that a new Lamb of God disc could be out by the end of 2019. What is known is that Lamb of God will continue to support Slayer on the upcoming legs of their farewell tour. Dates can be seen here.