Hear gospel renditions of "Ghost Town", "I Wonder", "Violent Crimes", and "Father Stretch My Hands", among others 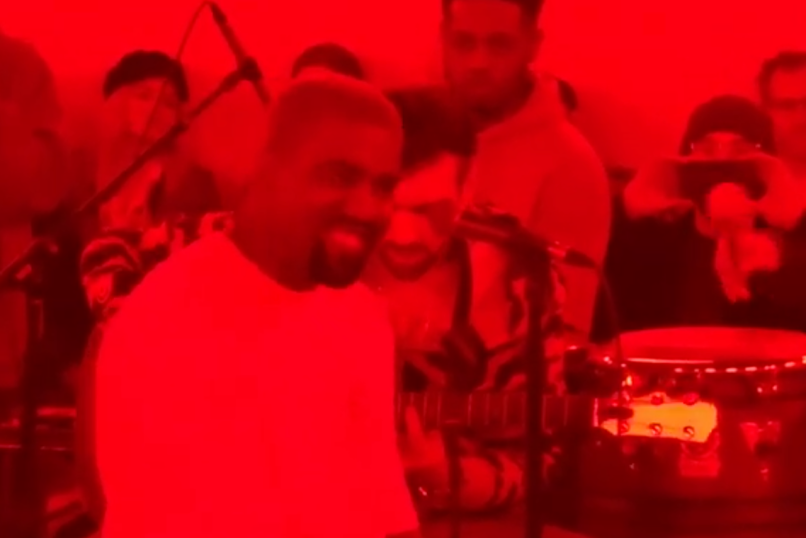 Kanye West has started a new series, Sunday Service, which finds the rapper performing gospel renditions of his catalog with special guests and a choir clad in Yeezy sweats. Earlier this month, we saw clips from the first iteration, and now a video has emerged with the entirety of the second installment.

West and his collaborators perform cuts like “Ghost Town”, “I Wonder”, “Violent Crimes”, “Father Stretch My Hands”, and a new track that’s reportedly titled “We’ll Find a Way”. The choir concludes the service with a cover of Michael Jackson’s “Will You Be There”.

Around the 42-minute mark, West pauses in the middle of “Ghost Town” for a little commentary about his troubled 2018. “There’s basically two buttons in this game: love and fear,” he says. “And some of us are just programmed to be more scared than others. But I represent overcoming fear and still being here. They say, ‘You can’t do this, you’ll lose your career,’ but i’m still here.”

He also takes a moment to address the separation of art and the artist, criticizing the “documentaries” that come out about abusive or controversial artists. He also celebrates that he’s been with “no medication” for “about seven months.” While that’s fine for him, his continued demonization of psychotropic drugs, which continues here when he says it “numbs us” and “closes us off from the spirit,” is deeply dangerous and irresponsible. But I digress.

On a lighter note, jump to 23:12 and you’ll see what looks to be David Letterman in the audience. Letterman, it was just revealed, interviewed Kanye West for his Netflix series.

Watch the full service below.