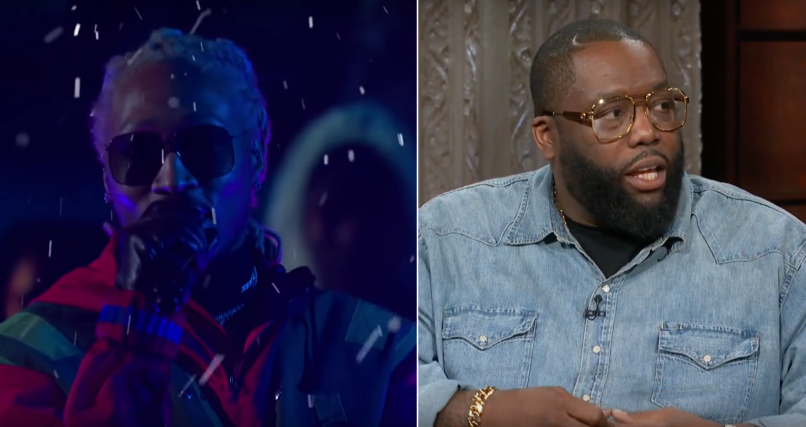 Future and Killer Mike on Colbert

Thursday night’s episode of Late Show with Stephen Colbert featured a double dose of Atlanta hip-hop, as both Future and Killer Mike appeared on camera.

In support of his newly released album, The WIZRD, Future ran through “Crushed Up”. In a nod to the single’s music video, a blizzard of snowflakes rained down on Future throughout his performance.