Film Review: The Kid Who Would Be King Stands a Cut Above Other Family Movies 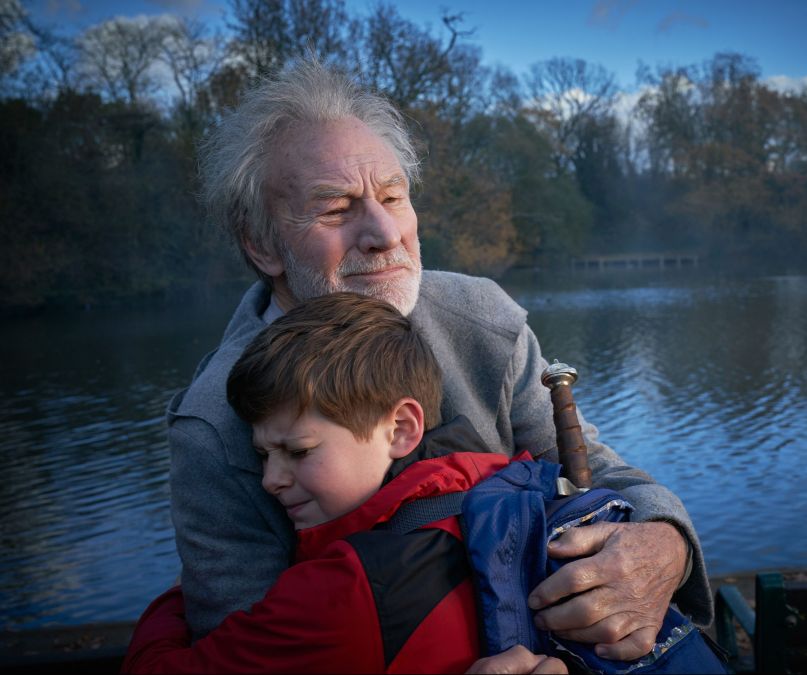 The Pitch: The legend of King Arthur gets the grade school treatment. Alex (Louis Ashborne Serkis, son of Andy), is a noble and affable lad. His father is gone, but his mother is loving. He doesn’t take any guff from mean kids. He believes in telling the truth, being good, and not being a snitch. In adolescent development terms, he’s going through his ‘justice phase’. But lo and behold, after being chased by bullies, Alex falls upon the famed Excalibur at a construction site. Is he the true heir to the sword, and the next in line to lead the Round Table into the 21st century?

However, danger is afoot in the form of Morgana (Rebecca Ferguson, who shot this on weekends while covered in rubber branches). She’s a wicked enchantress who’s lain dormant for eons, waiting for the world to be weak enough that she might return. Only when leadership is in crisis, when people are at their weakest and most despairing, can she ascend to power once more. (Of course, the movie plays this against current events.) However, with the aid of a dually aged Merlin (played white-haired by Patrick Stewart, and as a 14-year-old by Angus Imrie), Alex gets medieval on Morgana and decides to fight. With the aide of reluctant sidekicks and classmates like Bedders (Dean Chaumoo), Lance (Tom Taylor), and Kaye (Rhianna Dorris), Alex ventures on a journey with all sorts of peril and positive messages.

Not necessarily. The Kid Who Would Be King is better than that. And maybe you think you’ve got this one pegged, story-wise, from the jump. To a certain degree, you might be right. It’s easy enough to guess the outline on these things. Get a plucky kid and his little buddies, put the misfits on a mission, and run them against evil, criminal or fantastical. A whole generation of ‘80s kids can probably lay out The Kid Who Would Be King in their sleep, wearing Amblin pajamas.

But the good flicks? The most likable kids’ movies of this nature? They take joy in the little things, and they believe in their time-tested stories. And perhaps best of all, Joe Cornish, the genre geek behind Attack the Block, ably relishes in the film’s goofy ideas and good-natured quirk. It’s right there in the use of a crosswalk sign as a shield. The fidgeting fingers when a young Mertin performs magic. The smartly shot and designed CG moments of flaming skeleton knights, or the creepy branch make-up atop Ferguson, or the lovingly staged long shots of Alex holding the sword on a cliff while tourists clap. And most amusingly, it’s there in the marker-scribbled note for Alex’s mum: GONE ON QUEST TO SAVE BRITAIN DON’T WORRY.

Cornish ably balances the subgenre’s needs, cashing in on old standards to deliver satisfying moments. His crack at Arthur is more Potter-esque and pleasant than other recent stabs. (Lord, that Ritchie movie…) There’s a sense of play and pathos, there’s wit, a few scary bits, and plenty more that brings this one a step above. Cornish pitches Alex as a natural leader that inspires those around him, even if it requires a little Merlin magic from time to time. So while Lance and Kaye are bullies at first, their transition to allies is earned over time, through tumult, distrust, and earned respect. Alex’s tests of mettle go through a contemporary take, through family struggle, that doesn’t feel like it’s cheating. To make one’s own destiny seems to be King’s big call to arms.

And from a pure entertainment perspective, Cornish knows how to balance the playful adventure with scares and dangers and jovial twists. One could call it postmodern, even, given the clever blend of old-school knightdom with literal new-school humor and drama. The kids’ Home Alone-like traps are used against genuinely gothic threats. They don bits of armor atop their red-and-blue school uniforms in a witty bit of design. And the score from Electric Wave Bureau (a collective featuring Damon Albarn) mixes synth pop with regal pomp. Just look at the character of Mertin, a great example of Cornish’s modern-meets-vintage affinities. With his Led Zeppelin t-shirt, or ‘smock’ as he calls it, the eons-old teen and his affinity for fried chicken is hysterically logical in the fish-out-of-water context. But when the time for battle comes, his electrified magic has spectacle, and his inspirational speeches to Alex are exactly that.

Cornish just seems to be having fun horsing around with Arthurian history for the 2019 crowd. He has answers for the Lady in the Lake in an era of swimming pools and bathtubs. He suggests that the only place one can get swords in this world are British Isles tourist shops. And he knows the only real way to assemble an army now would be to offer them time off from school. So, you can relax. This is fun. On my honor.

Oh, What a Knight: Perhaps it’s a tad zealous to get all fingers crossed a newcomer like this, but Louis Ashborne Serkis has it. The Kid is great, and we’d like to see more from him.

Alex is the every-kid just trying to do his best. A truly good one. He stands as a symbol of pure potential for the kinder, nobler qualities young people may strive toward. The usually groan-inducing themes of The Future, and children being as such, seems possible in the hands of Serkis and Cornish’s keenly pitched Alex. Not bad for a youngster’s Arthur flick, eh? And Cornish lucked out in casting. Instead of rocking a hero complex, Serkis makes Alex both identifiably eager and doubtful. He’s not annoyingly destined, or a know-it-all Corey (Haim or Feldman) figure. That’s what we might call a really good lead performance, and a fully realized characterization.

The Verdict: Perhaps it’s a tad overwritten, or maybe it still relies on cliches underneath the hooligan comedy and chainmail revelry. But The Kid Who Would Be King outdoes expectations at each turn, happily churning out a kid adventure that’s just a little stronger than the rest. Speaking toughly, the movie takes a minute to get going, and the big ideas do come on a little abruptly at points. But at the risk of waving hands, little kids won’t care. And parents will be able to sit through this without migraines.

In knight terms, this shines brighter than most would have expected. And in school terms, the movie makes good marks across the board. The Kid Who Would Be King is a reliable family film, and Cornish polishes old tropes with fresh eyes and a sense of clever imagination. The sword has risen again, and in the hands of Cornish and his brightly talented lead, the legend of Arthur lives on.

Where’s It Playing? Opens wide on Friday the 25th, here in the US. If you’re reading this in the UK, where it was produced, then it opens on February 15th.