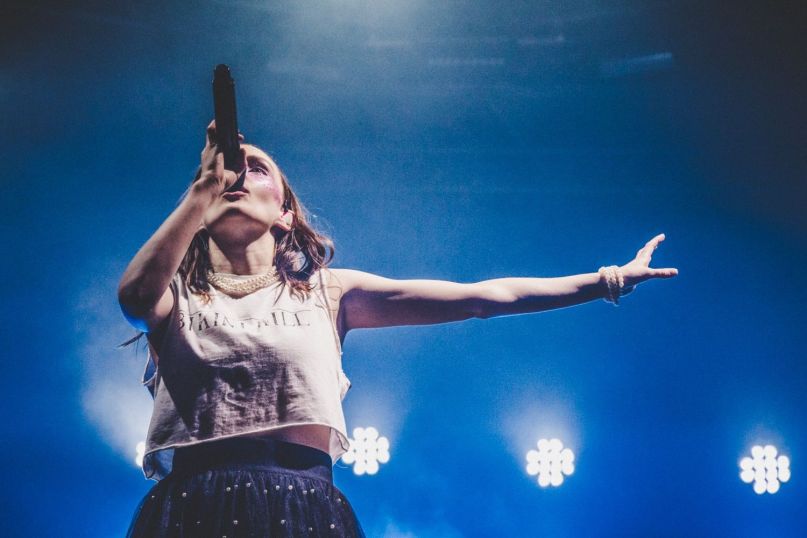 Scottish indie-pop trio CHVRCHES have announced a new run of US tour dates. The performances come in support of the band’s most recent studio LP, last year’s bright and glossy Love Is Dead.

The new stops stretch across the West Coast, Midwest, and Southwest in conjunction with their upcoming appearance at this year’s Coachella, their third time at the festival following stints in 2016 and 2014. The trek will take CHVRCHES to Las Vegas, Phoenix, St. Louis, and Chicago, in addition a number of stops in Texas, including Fortress Festival in Forth Worth.

Cherry Glazerr are set to open a majority of these dates, with Unknown Mortal Orchestra serving as a special guest for the band’s performance at Berkeley’s Greek Theatre. You can find the band’s full itinerary below. Tickets go on sale this Friday. You can also get them here.

Revisit CHVRCHES’ episode of This Must Be The Gig, which saw the band discussing life on the road and their very first shows. Take a listen below.