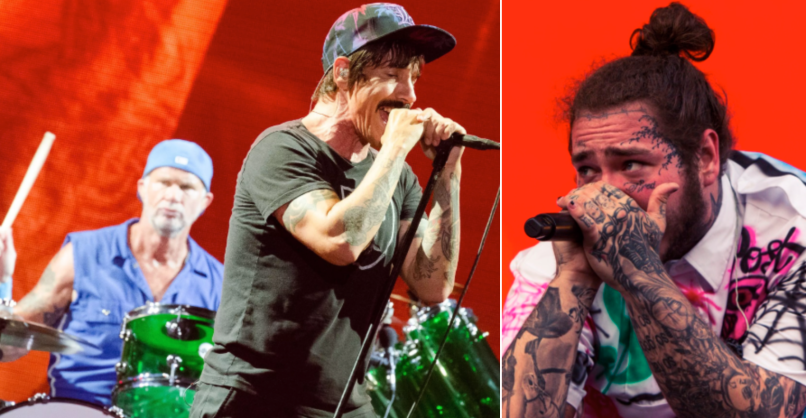 The Grammys, music’s dumbest night… wherein unlikely bedfellows are forced to team up for one-off live collaborations. Over the years, it’s led to such absurd pairings as Linkin Park with Paul McCartney, Foo Fighters with deadmau5, and Jonas Brothers with Stevie Wonder. This year, we get to witness the spectacle that is Post Malone with… Red Hot Chili Peppers.

The beerbongs and bentleys MC will join forces with the veteran rock band for a special performance during the 61st Grammy Awards, which takes place February 10th. Post Malone’s presence makes sense; he is, after all, up for Album of the Year, Record of the Year, Best Rap/Sung Performance, and Best Pop Solo Performances. Chili Peppers, meanwhile, are neither nominated for anything, nor promoting a new release. However, having previously teamed up with Bruno Mars for a Super Bowl Halftime performance, they seem to be gluttons for such punishment.

Other acts confirmed to take the stage at this year’s Grammys include Miley Cyrus, Janelle Monáe, Kacey Musgraves, Brandi Carlile, and Cardi B, among others.

At least this time around, we won’t have to hear LL Cool J utter the phrase “A Very Special Grammys Moment!” over and over again. (He still, however, shows up nightly in my nightmares.) Instead, Alicia Keys has been tapped to host this year’s gala.