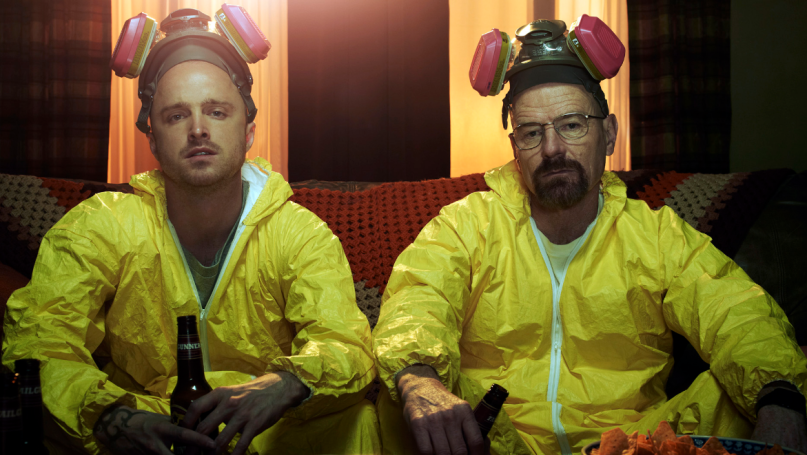 Back in November, it was confirmed that AMC had commissioned a Breaking Bad movie that would serve as a sequel to the 2013 series finale. As suggested by the original report’s vague log line about “the escape of a kidnapped man and his quest for freedom,” the film will follow the misadventures of Aaron Paul’s always-in-trouble Jesse Pinkman.

Now, according to a report from Revenge of the Fans, there are a heap of familiar faces joining Paul, and most of them should leave fans scratching their heads. At the top of the list is Bryan Cranston, who heads a cast list that includes Krysten Ritter (Jane), Jonathan Banks (Mike), Jesse Plemons (Todd), Charles Baker (Skinny Pete), Matt Jones (Badger), Robert Forster (Ed), Tess Harper (Mrs. Pinkman), and Kevin Rankin (Kenny).

Again, none of this is officially confirmed, and several of these names will require some very clever writing given that the majority of their characters are dead. Even so, Cranston did previously express interest in returning to the franchise when news first broke of the film, which means it’s possible there’s some weight to this list.

As previously reported, Gilligan will write, executive produce, and possibly direct the movie. Filming is set to begin this month in New Mexico and will wrap in February. Currently, there is no word on whether or not this will be a theatrical release or will find its way on to AMC as their forthcoming Rick Grimes trilogy will do in the not-so-distant future.