Album of the Week: FIDLAR Roll the Dice on Almost Free 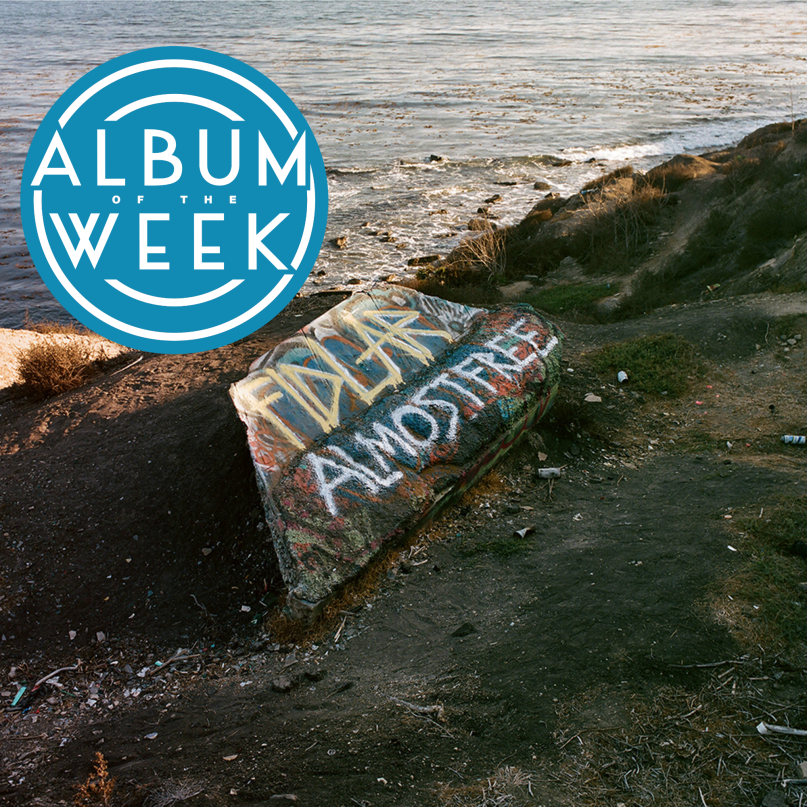 The Lowdown: Almost Free, FIDLAR’s third album, sounds almost foreign in comparison to its predecessors. However, that’s not a bad thing by any means. The California-based quartet indulge in creative exploration by adding brassy flourishes and layered rhythms alongside their classic, foolproof combination of lyrical honesty and fun. The difference in sound may shock the ears of listeners who have been following FIDLAR’s work for several years, but no artist is obligated to maintain a uniform sound. In fact, it’s more interesting if they don’t. While there are certainly moments in which the songs drown in their own detail, FIDLAR’s eager embrace of the newness remains among Almost Free’s most memorable aspects.

The Good: FIDLAR’s lyrics have been a strong point on each of their previous albums, and Almost Free is certainly no exception. In each song, the lyrics capture the raw cornerstones of the human experience as just that: raw. There are no metaphors meant to be thinly veiled representations of emotion. Rather, romantic insecurity (“Thought. Mouth”), the yearn for escapism (“Alcohol”), and overall mental health struggles (“Kick”) are all mentioned explicitly. After all, there’s certainly something to be said about calling things for what they are. FIDLAR’s lack of hesitation in addressing tricky topics — topics many cannot even bring themselves to think about — and doing so in such a forthright manner is refreshing. We all wrestle with understanding our own minds and behaviors, and Almost Free lets us know we’re not alone.

The Bad: FIDLAR isn’t a band that needs to do a lot to make a good song. The problem? They may not realize it. After all, this is the same quartet that gained swarms of fans by cutting their teeth on songs about cheap beer and being broke. Their electric energy and candid lyrics are all they need to pack a punch. Yet, some of the tracks on Almost Free feel bogged down by excess busyness that not only doesn’t enhance the track, but clouds over its natural strengths instead. The verses of “By Myself” offer up some really great lyrics, but they don’t get the amount of sonic real estate they deserve — rather, they’re washed over by an array of competing rhythms that leave the ear unfocused. FIDLAR was already a treat to listen to, and adding excess ingredients to the recipe won’t change the fact that it already tasted just fine.

The Verdict: While we didn’t get the batch of guitar-fueled thrashers that their past two records provided, Almost Free contains an experimental element that’s exciting to see FIDLAR lean into. Listeners who were expecting Almost Free to fall into sonic succession with FIDLAR and Too may initially not know what to make of its exploratory nature, but that’s okay. After all, FIDLAR have always been creatively bold, and their dabbling with musical variety is merely an extension of that. Making a starkly different-sounding record is a creative gamble, but FIDLAR rolled their dice and made off well.

Essential Tracks: “Alcohol”, “Good Times Are Over”, and “Flake”