Deerhunter Still Bristles with Spirit on the Bleak Why Hasn’t Everything Already Disappeared?

Arid and expansive, the album shimmers with thoughtful meditations on destruction 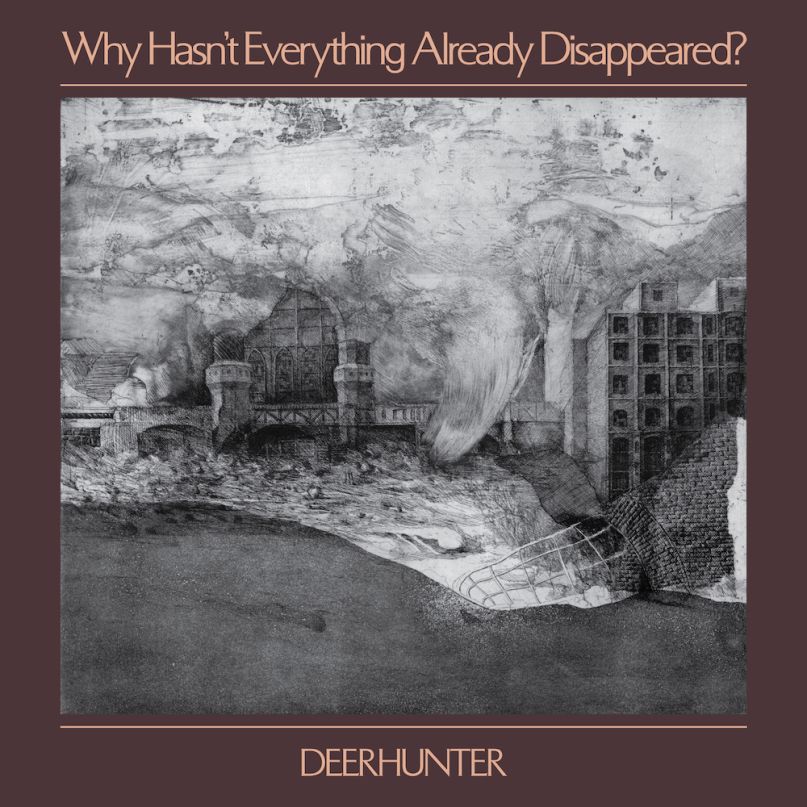 The Lowdown: On Deerhunter’s eighth album and first since 2015’s Fading Frontier, Bradford Cox turns his gaze towards the horizon, surveying a ravaged environment and vanishing landscapes. Recorded in Marfa, TX, with Cate Le Bon, Ben Etter, and longtime co-producer Ben H. Allen III, Why Hasn’t Everything Already Disappeared? reflects the desert it was created in. Arid and expansive, the album shimmers with thoughtful meditations on destruction of both human life and nature itself, drawing inspiration from climate change, the 2016 murder of a British politician by a mentally ill man with ties to a Neo-Nazi organization, the 1917 Russian Revolution, and the final months of James Dean’s life.

The Good: Whereas Deerhunter’s music always felt like receiving distant transmissions from some far away time and place, Why Hasn’t Everything Already Disappeared? disarms with a striking clarity. Hypnotic melodies swirl as Cox’s voice fills the forefront while the rhythm section, anchored by longtime members Lockett Pundt and Moses Archuleta, flesh out the songs with grand arrangements. Instrumentals like “Greenpoint Gothic” and the sprawling outro of closer “Nocturne” find the band locked in and focused, capturing the lingering dread that pervades the record. Deerhunter always excel in contradictions, and the juxtaposition between the violent themes on “No One’s Sleeping” and the song’s bursting saxophone and jubilant keyboard line is an early highlight. It’s taken to an extreme on “Element”, where a joyous melody obscures the apocalyptic imagery, the song brimming with a nervous energy reminiscent of Halcyon Digest.

The Bad: Deerhunter’s latest is a bleak affair, which crackles at times but often relies on a despondent mood that differs from the frenzy of Monomania or the headrush of Microcastle. As such, it drags in moments, especially on the ambient “Tarnung”, where Pundt and guest vocalist Cate Le Bon sing a stilted baroque duet that drifts. Other experimental tendencies falter, such as “Detournement”, where Cox pitches down his vocals for a speech that sounds like a message from a dying computer that’s more compelling in theory than execution. A sense of listlessness takes hold, especially on the album’s second half, that the band finds difficulties overcoming.

The Verdict: Though the album loses some of the momentum from its gripping beginning, the twisted imagery lingers long after the final notes. Scenes of toxic skies, dead workers, and barren plains contribute to a consuming unease, punctured by brief hopeful moments. These stick out against the largely relaxed atmosphere the album lives in, a resignation of sorts. Though less immediate, Why Hasn’t Everything Already Disappeared? still bristles with the spirit that makes Deerhunter’s work mystifying. Along with Fading Frontier, the album presents a new era for Deerhunter, one more contemplative and spacious yet continually beguiling.