Tom Holkenborg digs up the Origins of “The Weapon of the Ancients” from Mortal Engines: Stream 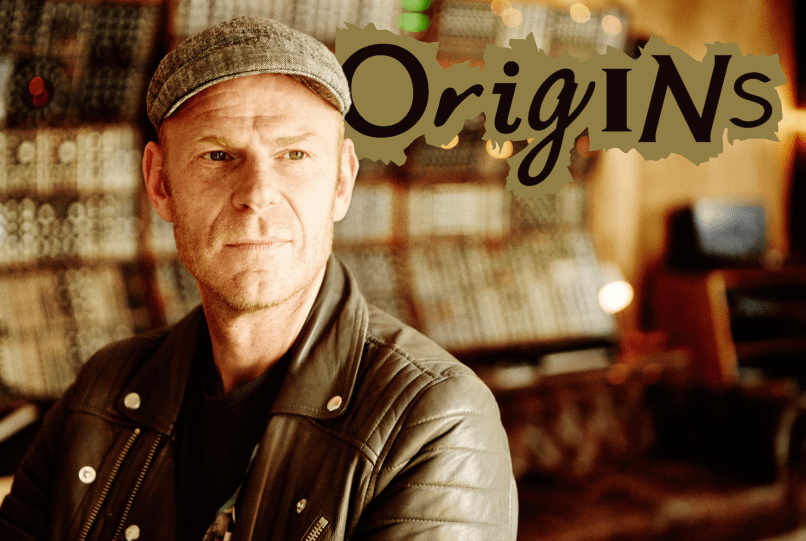 Origins is a recurring new music feature in which we allow an artist to share the influences that led to their latest song.

They say the best film scores blend invisibly into the background, to the point where you don’t even notice the music. For Tom Holkenborg, otherwise known as Junkie XL, the opposite is true. Holkenborg started out as a musician in trance and electronica bands before transitioning to film scoring in 2013 following a two-year collaboration with legendary composer Hans Zimmer. From 300: Rise of an Empire to his already iconic score for Mad Max: Fury Road, Holkenborg’s sound is big, bold and brassy, a chaotic blend of electronic and found noises mixed with the wall-of-sound bombast that demands attention.

This Friday, Junkie XL’s latest work will be heard in the Peter Jackson-produced fantasy film Mortal Engines, an adaptation of the young adult novel of the same name. It’s set in a steampunk-inspired dystopia in which cities are mounted on wheels, chasing each other down for resources — a perfect backdrop for Holkenborg’s signature blend of modern, industrial film scoring.

Today, Consequence of Sound is thrilled to premiere an exclusive track from Holkenborg’s soundtrack. “The Weapon of the Ancients” isn’t one of the score’s more action-heavy moments, but it offers a grungy showcase for the composer’s unique sound. Beginning quietly with ominous bass and low strings, then building with choral and percussive elements, the cue showcases the droning, apocalyptic theme that heralds the doomsday super-weapon villainous Thaddeus Valentine (Hugo Weaving) plans to use against the film’s heroes.

Take a listen to the ominous, booming “Weapon of the Ancients” below.

We got a chance to talk to Holkenborg about what influenced his work on “Weapon of the Ancients” and the film’s score as a whole, which ranges from classical music influences to found sounds, to the intricate, bold designs of Mortal Engines’ characters and setting. Check it out below.

What I did do is listen to an awful lot of classical music. My goal is literally to create a score that has the best things about modern film scoring, but also honors and acknowledges the classical scoring of classic Hollywood films. Peter and I immediately agreed that we wanted a really thematic score, with good tunes you can remember.

For London, I researched older Wagner stuff, like “Ride of the Valkyries”, but also Berlioz, who wrote a fantastic symphony called Symphonie Fantastique. These are great examples of works where brass is really heavily featured in the music, so I studied those a lot.

Garbage trucks and other found sounds:

[Stephen Lang’s robotic character] Shrike needed to be something completely different from the rest of the score, and that all started with a garbage truck. You know how sometimes, a vehicle can pass wherever you sit and you feel like the whole house is coming apart? I was sitting at my dentist’s office one day, and a garbage truck drove away, with this BROOM, broom-broom BROOM sound. I thought to myself, “That’s it!”

I ran home and told one of my assistants what I was looking for — which wasn’t easy, since my mouth was still numb from the injections. He then went on a trip for four days to find recorded garbage sounds on Youtube that made that exact sound I heard. We went through the process of recording brass in this massive hall that was completely empty; we called it “The Tank.” Then, with a software technique called cross-convolution, I was able to apply the brass onto the garbage truck sounds. That became his theme, basically.

His apprenticeship with Hans Zimmer:

My relationship [with Hans] was a little different than many other guys who have become successful; many of them started working with Hans when they were very young. They were really groomed for a period of four-to-eight years before they went out on their own. The difference with me was that I worked with Hans for about two and a half years or so; the reason he brought me on was that he wanted some of my artists’ integrity in my music. It started with remixes, and before we knew it we were fully collaborating on music.

It was a really great experience; I needed to see how things were done by a master composer like Hans. The most important thing he did was when I got offered the score for 300: Rise of an Empire at the end of our collaboration, he basically slapped my back and said, “Son, you’re gonna be good at this. Just go do it.”

Digging in with his hands and working with instruments:

I call myself a full-contact composer; I’m not the guy who sits with a piece of paper and a pencil behind the piano and just writes everything out for an orchestra. For me, it’s very important that I can hold an instrument, play drums, play guitar, play with the knobs of my synthesizers, whatever. A lot of the composing elements just come from that. A good inspiration source for me is making music with my hands.

Since I have a colorful history playing with so many bands in the past, including industrial bands from the late ’80s, you have all these different types of experience that come in handy when you work on these films. For Mad Max [Fury Road], for example, I’m a drummer by nature, so when I can do a drum score, it’s like, “Hell, yeah.” It’s not just music being written, it’s a musical exercise to get there.

The designs and the feel of the film’s fantasy world:

The world of Mortal Engines involves a lot of repurposing of old things for new purposes — you see a barstool repurposed as a steering wheel, a coffee pot as a gear switch — all these objects they found from the past and repurpose it for something else. I thought to myself, “How can I turn strings into drums, guitars into strings, a bass guitar into a bass drum?” I try to take instruments that lend themselves to that repurposing, using them for something they weren’t meant for in the first place. It became a part of the whole laboratory aspect which I like, just experimenting on your own with all these sounds and weird objects that can make sounds, coming up with the palette for the sound of the movie. Sometimes I can barely keep up with my brain; it spits new ideas at me. It’s a great process.