The Runaways’ Jackie Fuchs is killing it on Jeopardy!

The one-time bassist, who currently practices law in LA, has three Jeopardy! wins 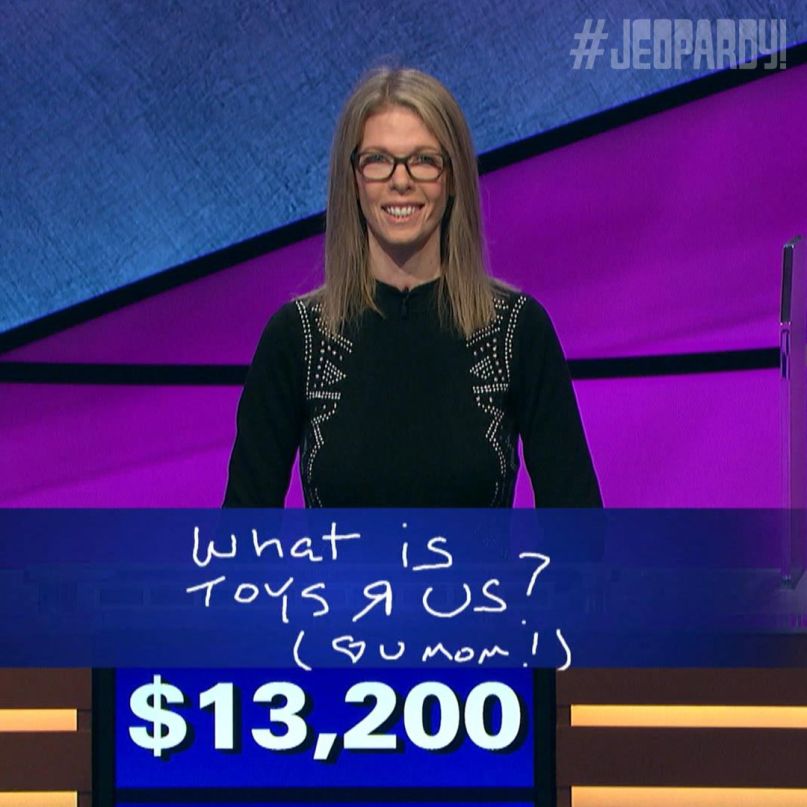 Jackie Fuchs was once known as The Runaways’ Jackie Fox, but her new title is Jeopardy! champion. The former bassist first appeared on the trivia show this past Friday and became its new champion by winning $14,200. She returned on Monday night to defend her crown with another victory to add $19,889 to her pot. Update – Dec. 18th at 10:00 p.m.: Fox was again victorious on Tuesday night’s episode, winning an additional $24,600. Thus far, she’s earned a total of $58,689.

Jeopardy! fan site J! Archive notes that Friday’s program saw Fuchs faced with several music-related questions on her way to her first win. One of them — “In this song by the B-52’s, ‘we were at the beach, everybody had matching towels’” (“What is ‘Rock Lobster?’”) — she answered correctly. The other — “Solana Imani Rowe performs under this 3-letter name, as on ‘All the Stars’ with Kendrick Lamar” (“Who is SZA?”) — she did not. Fuchs, it seems, has yet to spin K-Dot’s Black Panther soundtrack.

(Read: Joan Jett on Fronting Nirvana and Covering The Replacements)

Fuchs also nailed Monday’s Final Jeopardy! question, expressing confidence in her knowledge of Norse Mythology by wagering $9,889 of her $10,000 winnings. She knew it was Loki who turned himself into a mare and birthed an eight-legged horse (yo, Marvel, where’s that scene in Ragnarok?), bringing her two-day total to $34,089.

Jackie Fuchs has a special message to share. pic.twitter.com/4xejOvVFxP

As Pitchfork notes, Fuchs, who currently writes and practices law in Los Angeles, is a game show regular, having appeared on competitions like Who Wants to Be a Millionaire? and The Chase. She’ll be back for a fourth Jeopardy! match on Wednesday, so stay tuned.

Replay video of all three episodes below.