The 1975 give a nightmare performance in “It’s Not Living (If It’s Not With You)” video: Watch

Off one of the year's best albums, A Brief Inquiry into Online Relationships 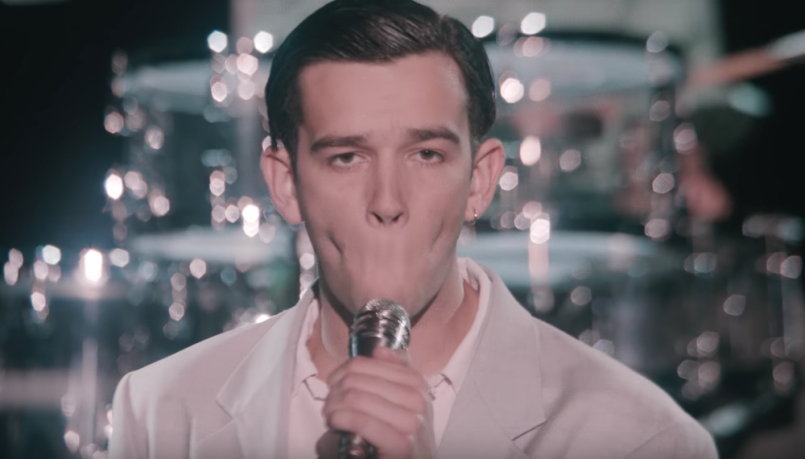 The 1975 delivered a dream of a modern pop-rock album with A Brief Inquiry into Online Relationships, one of the year’s best efforts. In their new video for the single “It’s Not Living (If It’s Not With You)”, however, things are more of a nightmare.

Directed by Warren Fu (The Strokes), the clip finds frontman Matty Healy waking up for a neo-Stop Making Sense performance. When he takes the stage, though, it quickly becomes clear that something’s not quite right. Either his band is playing too slow or he’s moving too fast, or Healy can’t sing at all because his mouth has disappeared. All his worst nightmares seem to be coming true right on stage — including sinking into it. During one meta moment, he tries to escape the scene only to walk into the filming of his own band’s “Sincerity Is Scary” video.

It’s a video with all the quirky charm the band has really mastered on A Brief Inquiry, and you can watch it below.

A Brief Inquiry into Online Relationships cracked the Top 20 in our Top 50 Albums of 2018 list. Check out the whole list to see where it landed and what other efforts made the cut.