System of a Down’s Shavo Odadjian performs “Toxicity” with his young son at preschool: Watch 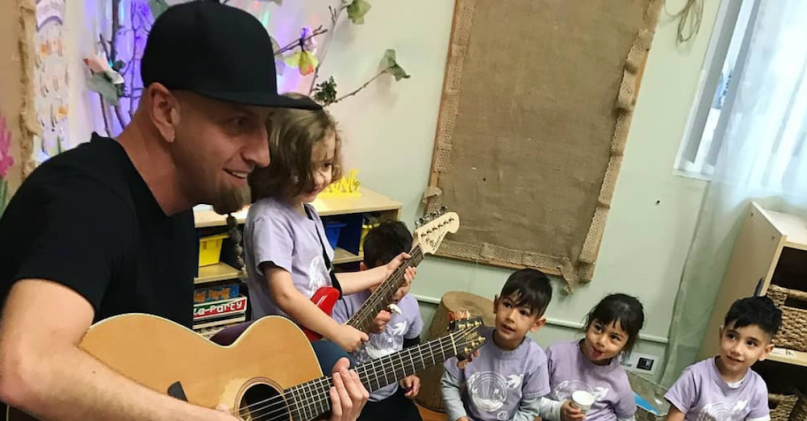 Shavo, with an acoustic guitar, and his budding-musician son, armed with a red electric guitar, strummed through the riffs of the title track to System’s epic 2001 masterpiece, Toxicity, as one kid yelled out, “Rock ‘n’ roll!,” to which Shavo replied, “I love that!” It was all captured in a short video clip the bassist posted to his Instagram page.

The performance was apparently part of the classroom’s “music and ice cream” session, with Shavo captioning the video, “Performing with my son at his preschool for the class ????#toxicity #systemofadown #family #shavoodadjian #littlerockstar #musicandicecream.”

Recently, System of a Down were announced as headliners of both the Sonic Temple Art + Music Festival in Columbus, Ohio, and Chicago Open Air, taking place the same weekend in May. No word yet if Shavo’s little boy will be joining them onstage!