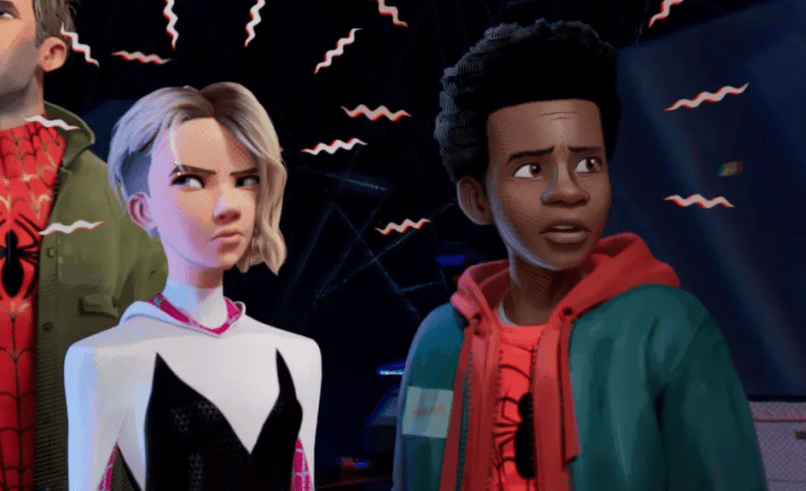 Spider-Man: Into the Spider-Verse

Today finds the highly anticipated and critically praised Spider-Man: Into the Spider-Verse swinging into theaters. As is so often the case in Hollywood, before the opening weekend box office has even been counted, Sony is already looking towards the future of their animated Spider-Verse. In a new in depth profile on Sony’s outlook for future Spidey films, producer Amy Pascal told Vanity Fair about the studio’s plans for a sequel and a female-fronted spin-off.

In both cases, it looks like Gwen Stacy/Ghost-Spider/Spider-Gwen (voiced by Hailee Steinfeld) will lead the charge. Director Joaquim Dos Santos (Avatar: The Last Airbender) and writer David Callaham (Wonder Woman 1984) are already onboard to spearhead the Into the Spider-Verse sequel, which Pascal said would focus on a romance between Stacy and Miles Morales/Spider-Man (Shameik Moore). Apparently, Phil Lord’s original Spider-Verse script included Stacy as a love interest, but producer Christine Steinberg pushed him in a different direction.

“I will say that Christina kept us honest,” Lord said. “As five boys making a movie, it was really good to have another filmmaker there going, ‘I don’t think you guys want to do it like this.’”

Like Spider-Verse, there’s already a comic book story for Callaham to work off of, as Brian Michael Bendis and Jason Latour’s 2016 story Sitting in a Tree focuses on a relationship building between Morales and Stacy.

Also in development is a previously announced Spider-Women spin-off from writer Bek Smith. Spider-Gwen will again be the focus of this tale, along with Silk (aka Cindy Moon) and Jessica Drew (aka the original Spider-Woman). Said Pascal of the project,

“I think it’s great that we’re going to be able to tell movies about female superheroes in this realm, and in the live-action realm as well, because I believe that there are going to be characters that really resonate for people. They’re funny and quirky and different, and heroic in all kinds of different ways that only animation allows you to do.”

A live-action Silk movie is rumored to also be in development at Sony, while Avi Arad said of a possible Spider-Ham spin-off, “We want piggy.” There’s also that Morbius film starring Jared Leto, a Venom sequel, and it looks like Pascal hasn’t given up on Drew Goddard’s long-dormant Sinister Six movie. “I’m just waiting for Drew to be ready to direct it,” she said. “I would do anything with Drew Goddard. I’m just waiting for him to tell me he wants to do.”

All of this would fit into Sony’s Universe of Marvel Characters, the result of Sony’s complicated licensing deal with Marvel for Spider-Man and his related stable of characters. Of course, it wouldn’t be as neatly connected as the Marvel Cinematic Universe, as Spider-Verse clearly opens the potential for multiple dimensions, and Pascal seems game to play in that sandbox.

Previous Story
Social Distortion’s Mike Ness recalls the time he snuck into a Ramones show (as a Ramone)
Next Story
In Flames announce new album, release two new songs, “(This Is Our) House” and “I Am Above”: Stream
Popular
More Stories
[fu-upload-form form_layout="media" title="Submit Your Photo"][input type="hidden" name="ugc" value="1"][/fu-upload-form]