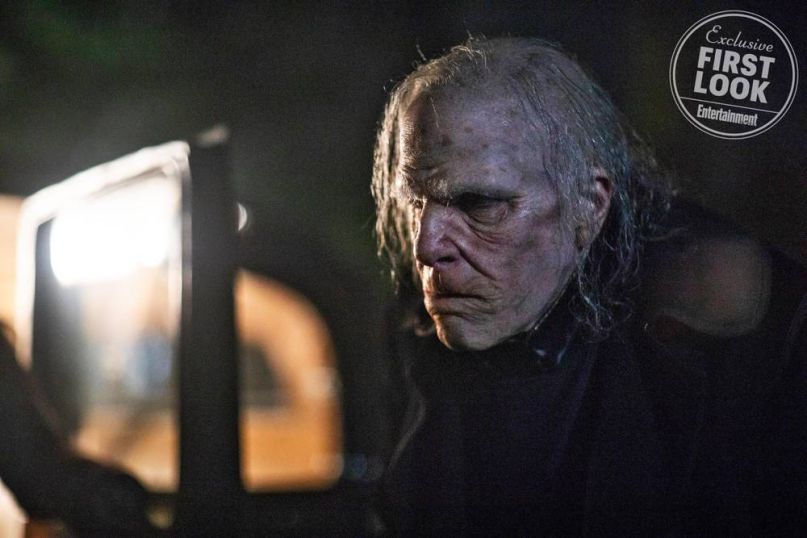 AMC’s desperate to get some of its mojo back, with the one-time prestige TV leader having recently ordered movies based on their biggest properties, The Walking Dead and Breaking Bad. That said, they’ve still got some original series in the hopper, the most interesting of which is NOS4A2, a series adaptation of Joe Hill’s 2013 riff on vampire myths. We previously learned that Fear the Walking Dead’s Jami O’Brien would guide the series to a 2019 release date, and now Entertainment Weekly is here with more details, as well as a first look at Zachary Quinto’s supernatural child predator Charles Manx.

The biggest takeaway is that the series will premiere in the summer of 2019, which puts it up against another supernatural series in the third season of Netflix’s Stranger Things. O’Brien also adds that she’s hoping to “expand the universe created by Hill.” She said, “There’s no limit to the number of folks that we could meet that have interesting powers and interesting landscapes that they inhabit.”

It’s unclear at this point just how close the series will hew to the novel, which leaps between a number of timelines. Protagonist Vic McQueen, for example, is explored as both a teenager and an adult, with the majority of the action unfolding when the character is in her 30s. It’s interesting, then, that Ashleigh Cummings, who is currently cast in the role, will be playing Vic as a teenager. “She’s a working-class kid who has such a creative mind that it actually gives her a kind of superpower,” O’Brien said. “Charlie Manx becomes aware of her and realizes that she may be bad news for him, so he has to figure out pretty quickly what to do about her.”

It stands to reason, then, that the series’ initial batch of 10 episodes will only explore Vic’s childhood encounters with Manx. We’ll find out as the premiere date approaches, but, in the meantime, enjoy the above preview of Quinto’s Manx, which finds the decrepit mind-sucker standing outside his 1938 Rolls-Royce Wraith. O’Brien describes Manx and the car as “partners in crime.”

Previously, Hill saw Horns turned into a 2014 film starring Daniel Radcliffe, while a pilot for Locke & Key was reportedly passed on by Hulu. He’s also apparently going to see a film adaptation of his novella, Throttle, which he co-wrote with his dad, Stephen King, come to the big screen.

Subscribe to The Losers’ Club, Consequence of Sound’s very own Stephen King podcast, for more of our thoughts on AMC’s adaptation.