Nathan For You: The Complete Series due out next week, featuring loads of bonus material

We will *finally* hear The Banzai Predicament's "Tears From Jupiter" 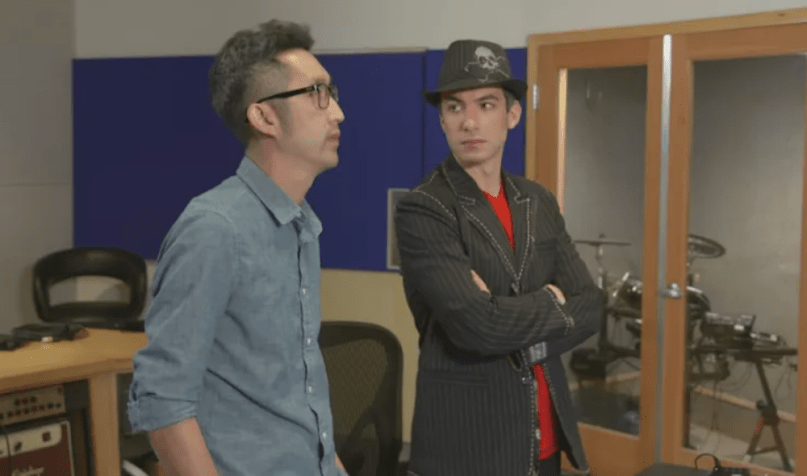 Comedy Central series Nathan For You wrapped up its fourth season last year with the feature-length, “absolute triumph” of an episode titled “Finding Frances”. Months later, it was revealed by the network that there would be no additional seasons. In a statement just this past October, Comedy Central indicated that the show’s mastermind, Nathan Fielder, had decided not to bring Nathan For You back, and that it was his idea to close things out with that acclaimed season four finale.

While fans may still be reeling from the reality of no new Nathan For You episodes, they can at least take comfort in the fact that they’ll soon be able to own all 30 episodes of the program — and just in time for Christmas. Nathan For You: The Complete Series is a 9-disc DVD set that comes with all four seasons, plus a long list of bonus features that should make even the most hardened holiday grump crack a smile.

Among the extra goodies is an extended first cut of “Teen Street”, as well as a deleted scene from “Finding Frances”. There’s also a director’s cut of “The Web”, footage of the grand opening of Dumb Starbucks, and audio commentary from both William Heath (the Bill Gates impersonator) and Jack Garbarino, the fitness guru behind the (fake) best-seller The Movement: How I Got This Body By Never Going to the Gym in My Life.

As redditors have pointed out, perhaps the biggest highlight of the bonus bunch is promised studio footage of The Banzai Predicament performing their song “Tears From Jupiter”. If you’ll recall, small business expert Fielder hired The Banzai Predicament in the episode “Shipping Logistics Company” to record a hit song using a smoke detector. That track, “Orphaned Skies”, was eventually placed in a fake Shell ad, but its corresponding B-side in “Tears From Jupiter” never saw a proper release (just incredible lyrics like “Maybe one day I’ll wake up on Jupiter/ An entire planet just me and her/ Rocking her world on a shooting star”).

Check out the full list of DVD extras below. The Complete Series is officially out December 11th, and you can pre-order it here.