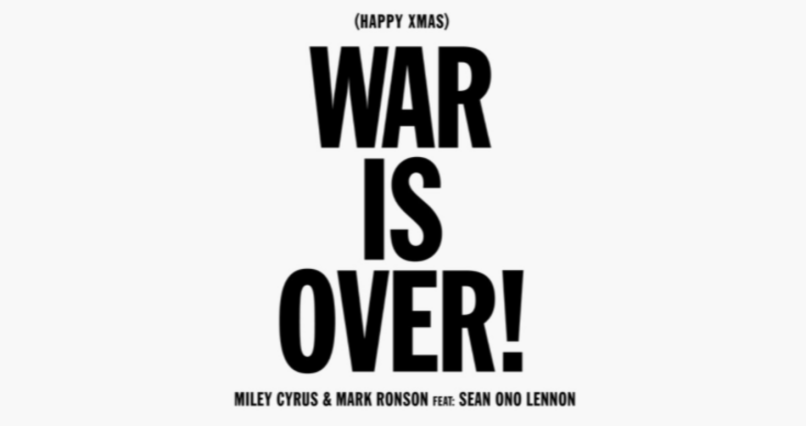 John Lennon and Yoko Ono’s “Happy Xmas (War Is Over)” has been covered countless times in the years since its 1971 release, but that didn’t stop (and won’t stop) Miley Cyrus from covering it.

Tonight, in anticipation of her Saturday Night Live appearance this weekend, Cyrus released her star-studded cover, which not only features frequent collaborator Mark Ronson, but John and Yoko’s own son, Sean.

“It’s just so magic every time we sing it … goosebumps all over the place,” Cyrus told Howard Stern on Wednesday. “This song … the way that it is so true to where we are right now and these lyrics of ‘what have we done?’ Are we doing enough, are we actually active? All we do is complain and we don’t actually get out there and do enough in our communities. I think it’s so timely for right now…”

The three will perform the cover on Saturday Night Live this weekend, in addition to Cyrus and Ronson’s recent collaborative single, “Nothing Breaks Like a Heart”.

Stream the cover below, and know that a portion of the proceeds from the song’s downloads will go to Spirit Foundations, Yoko Ono’s charity that she started with John Lennon.