As part of a medley with his Selma soundtrack contribution "Glory" 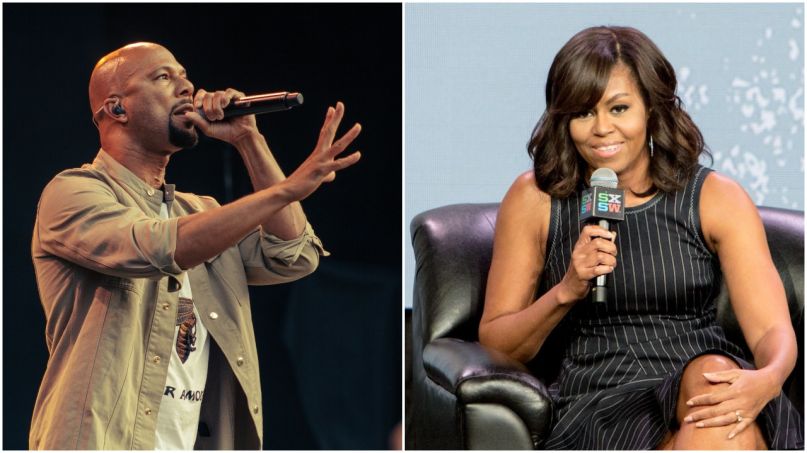 Common’s spent 2018 making music as August Greene with Robert Glasper and Karriem Riggins, but it was to his 2016 solo album Black America Again that he turned during his appearance on the Late Show With Stephen Colbert Friday night. What’s better is that his turn received an introduction from Michelle Obama.

Obama was on the show to promote her new memoir, Becoming, and spoke at length with Colbert about the book and the Trump administration’s approach to morality. Later, she helped introduce a medley performance from Common, who wove together his Selma soundtrack contribution “Glory” with Black America Again’s “The Day Women Took Over”, the latter of which name-checks the former First Lady in addition to Rosa Parks, Oprah, and Beyoncé.

(Read: D.C. Dissidents: Behind the Frontlines of Washington’s Anti-Inaugural Concerts)

“Our last election we just had a lot of women get elected,” Common said at the top of his performance. “Imagine if we had more women in power.” Watch it below.