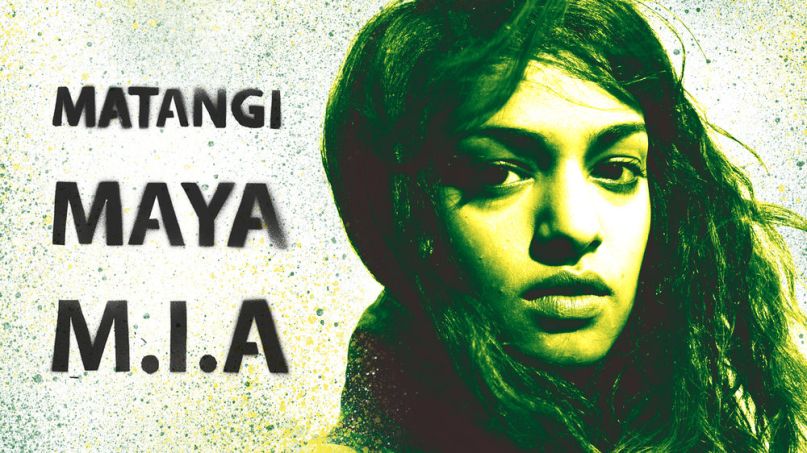 Sri Lankan/British rapper M.I.A. has long fused her incendiary, confrontational music with a sense of political activism, subjects she goes into great detail about with her new documentary MATANGI / MAYA / M.I.A.. After enjoying a short theatrical release in September, the film is now available on demand for your viewing pleasure.

Directed by Steve Loveridge and featuring music by Dhani Harrison and Paul Hicks, MATANGI / MAYA / M.I.A. chronicles the life and career of the pop star, including a childhood spent surviving civil war in Sri Lanka, emigrating to England, and finding her voice as a musical artist. All the while, her political activism is stymied by calls for censorship, the press and public labeling her a terrorist, and her own personal struggles.

MATANGI / MAYA / M.I.A. is now out on iTunes, Google Play and VOD. The iTunes Extras package includes bonus content, including behind the scenes footage of M.I.A.’s “Borders” music video and previously unseen footage from her first-ever live performance.

Earlier this year, M.I.A. appeared on The Daily Show with Trevor Noah to discuss the documentary. “I think you can say conflict is, like, the subject matter there,” she said of the film at the time. “People say it’s chaos but it’s not. It’s conflict and contradictions.”

She also recently announced her effective retirement from music due to censorship in an interview with House of Strombo. (Her last record was 2015’s AIM.) Regardless of whether she’s able to produce another record again, at least we have this doc to outline her perspective on her life and works, as well as the Tamil plight she has worked so hard to make visible to the West.