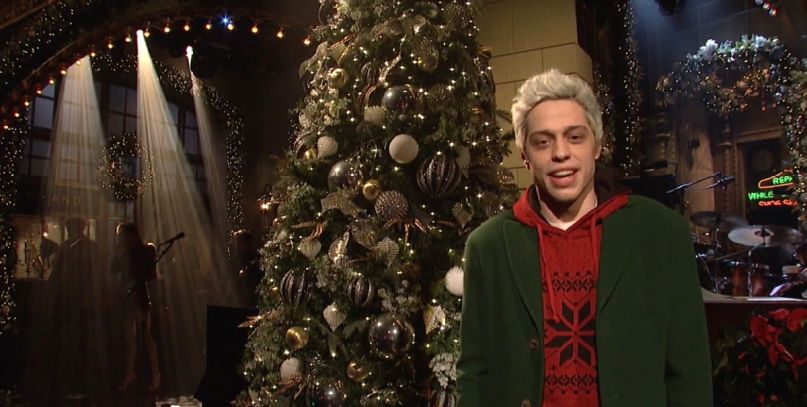 Over concern for his well-being, Pete Davidson was intentionally omitted from last weekend’s Saturday Night Live Christmas episode, according to Page Six.

In the hours leading up the episode’s airing, the 25-year-old comedian posted a series of worrisome messages to Instagram.

“I’m doing my best to stay here for you but I actually don’t know how much longer I can last,” Davidson added. “All I’ve ever tried to do was help people. Just remember I told you so.”

He then wrote, “I really don’t want to be on this earth anymore,” before deleting his Instagram account.

The posts prompted the NYPD to perform a welfare check on Davidson. Several other celebrities — including Davidson’s ex-fiancée, Ariana Grande — also offered their support on social media.

Davidson was largely absent from the evening’s episode of SNL. He made only one live appearance to introduce Miley Cyrus and Mark Ronson’s performance of “Happy Xmas (War is Over)”. (He also appeared in a pre-taped sketch in which he impersonated Bohemian Rhapsody star Rami Malek auditioning to be next year’s Oscars host.)

The decision to keep Davidson off of the episode was intentional, according to Page Six, which reports that SNL head Lorne Michaels dropped Davidson’s sketches before the early evening rehearsals.

“Lorne has pledged to help all he can, including sending Pete to get help,” a source told Page Six. “Everyone on the cast is hugely protective of him and were obviously upset — particularly Colin Jost and Michael Che on ‘Weekend Update.’”

Davidson is expected to return to SNL when the show returns from its holiday break early next year.