The former rockstar was able to finish the show 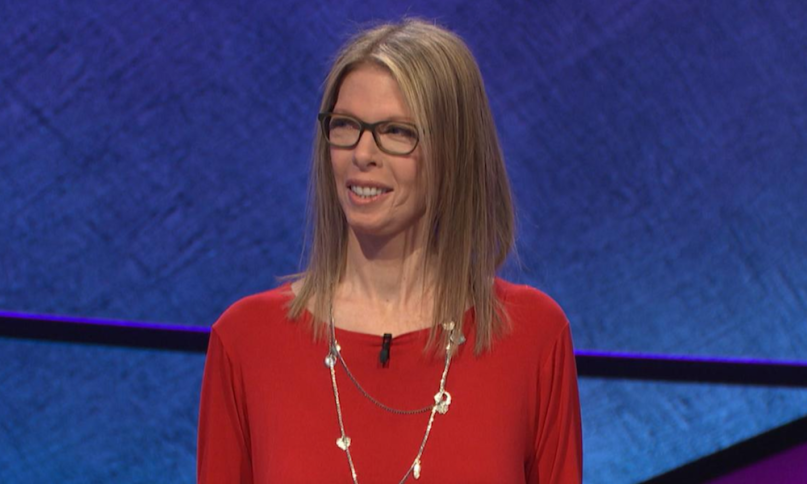 Jackie Fuchs used to be known as Jackie Fox back when she was bassist for The Runaways, but now she’s known as the reigning Jeopardy! champion. The rockstar-turned-lawyer-turned-gameshow favorite is in the midst of four-night win streak on the iconic answer-and-question program. Tonight’s episode sees her once again defending her crown. However, it turns out she wasn’t just battling her opponents while filming her fifth appearance, but her own body.

TMZ reports that Fuchs suffered a scary medical emergency right before the interview break. Fuchs said she’s been having stomach issues for a few months that have prevented her from maintaining a healthy eating regiment. “We got to the show after lunch, and I just didn’t eat enough because I couldn’t,” she explained. “I just ran out of steam… I had this really serious hyperglycemic episode that I thought was a stroke at the time that I had it. I couldn’t get my hands to work. My brain was seeing one thing and mouth was saying another.”

Fuchs tried to avoid spoilers while speaking to TMZ, but she mentioned the audience “groaned at one point because I said something so inane. I’m afraid it’s going to be one of the worst moments on Jeopardy! ever.”

It’s possible that the incident will be edited out of the episode entirely. Fuchs said she made herself get up and finish the game out of respect for her opponents. She wouldn’t say how it all ended, but a victory after something like that would certainly go down as one of the greatest moments on Jeopardy! ever, not the worst.

The latest episode of Jeopardy! airs tonight at 7:00 p.m. ET. Watch Fuchs reveal her rock and roll past on the show below.