TBS celebrated 20 years as a band, while Irving Plaza celebrated 100 sold-out shows in 2018 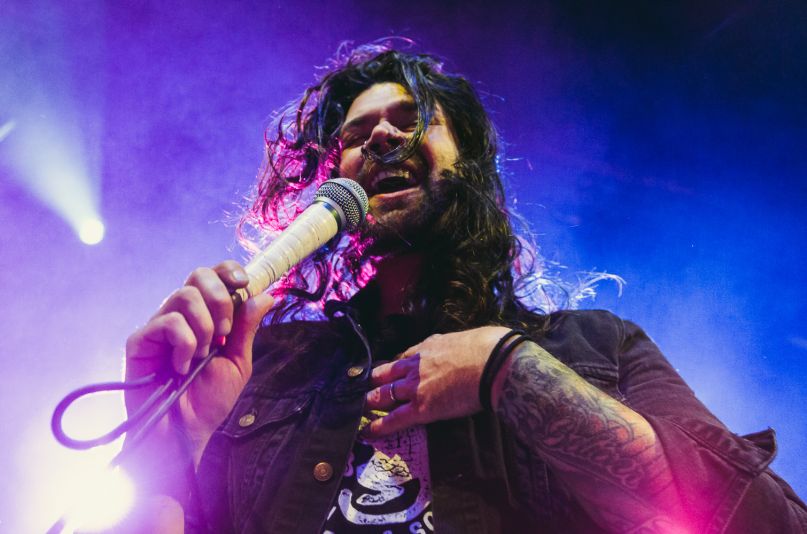 Monday night was a special one for everyone who was at Taking Back Sunday’s gig at New York’s Irving Plaza. For the band, they continued their 20th anniversary celebration with a last-minute gig. For the venue, they achieved their 100th sell-out of the year. For fans, they watched TBS deliver a performance of their first three albums in their entirety.

It momentous show was set to start at 8 p.m. sharp, but the Long Island alternative rockers took the stage nearly 30 minutes late. As they explained after “Cute Without the E (Cut from the Team)”, however, they just wanted to make sure everyone was inside to witness the triumphant, nostalgic concert. And no doubt everyone was fine with the delay once things started going, TBS ripping through the tracks off 2002’s Tell All Your Friends, 2004’s Where You Want to Be, and 2006’s Louder Now, one by one.

Frontman Adam Lazzara’s tardiness apology was far from the last time he’d speak during the show, as he often took time between songs to reveal stories about the recording or how a band member ended up joining the group. He also remembered to pull up tour manager/friend Neil Rubenstein whenever they needed a solid background scream for a TAYF track. Not that you could really hear any sung word over the crowd belting along the entire time, but that’s just the kind of fandom an act like this has, even 20 years into their career.

If you couldn’t make it to the quickly sold-out show — or just want to relive it — check out our gallery of the gig below. You can also catch the band continuing to celebrate their 20th anniversary next year when they embark on a tour of Australia, Asia and North America beginning in January. See the full list of dates, plus details on a new compilation album, Twenty, here.