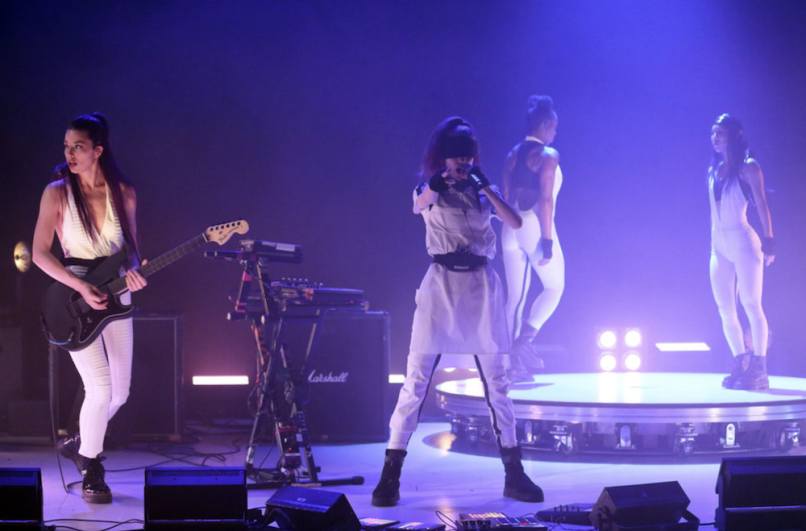 Grimes has been in the news far too frequently as of late for her strained and strange associations. If we’re not talking about her up and down relationship with Elon Musk, then we’re dealing with bullying allegations from scorned artists like Poppy or Azealia Banks. Thankfully, there’s one collaboration that’s working out, as Grimes’ new track with HANA, “We Appreciate Power”, marked a much anticipated return to music from the Canadian art popper.

Last night, the duo gave the “Pro-A.I. Girl Group Propaganda machine” song its live debut on Fallon. With Grimes blindfolded and HANA slinging guitar, they performed the track while a sort of gladiatorial dance battle took place on the platform behind them. Check out the replay below.

“We Appreciate Power” is said to be our first listen to Grimes’ long-awaited follow-up to 2015’s Art Angels. Though it’s been a minute since we got a new LP from her, Grimes has been plenty busy this year, teaming with Janelle Monáe on “PYNK”, appearing on Loona’s K-pop cut “Love4eva”, and collaborating with Jimmy Urine of Mindless Self Indulgence for “The Medicine Does Not Control Me”. There was also her theme song for Netflix’s Hilda and the new material she debuted in an Apple commercial.