The latest offering from Kurt Cobain and Courtney Love's offspring 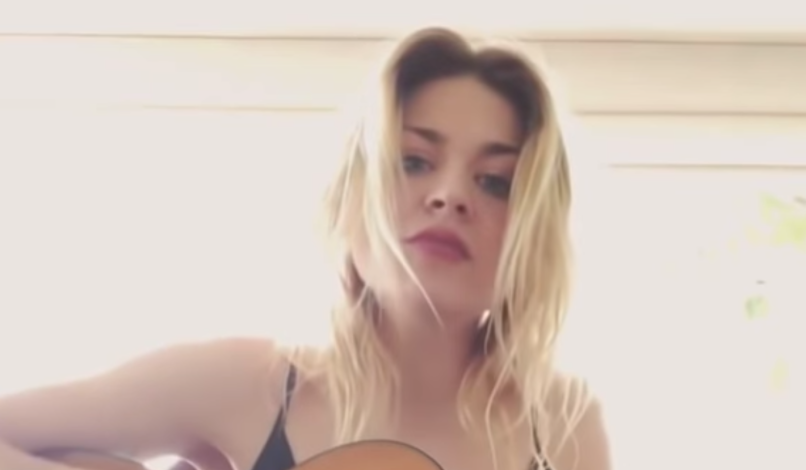 Last night, the incredibly talented daughter of Kurt Cobain and Courtney Love shared yet another emotional strummer on her Instagram, proving yet again that she’s “absolutely” serious about pursuing a music career.

So far, the song’s untitled — Alternative Nation suggests “Crazy For It (You Think I’m Going Down)” or “Fall to Pieces” as possible names, despite the latter being a godawful Velvet Revolver song — but it’s almost there.

“I wrote this here rough yet delicate tune last night,” Cobain writes in the caption. “The creative death rattle of 2018, as it were. It’s been a weird one but I’ve never felt more creatively charged or more in control of my own narrative.”

Watch it below and consult the lyrics after.

Over the past few months, Cobain has been making quite a splash on Instagram. Ever since she announced her musical intentions back in April, she’s shared multiple songs, all of which you can listen to here, and here, and here.