From the duo's latest HBO special, Flight of the Conchords: Live in London 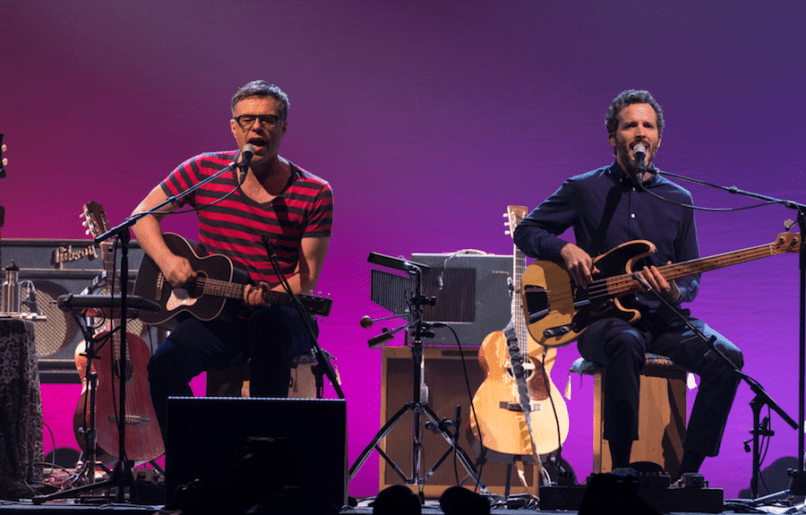 Flight of the Conchords, photo by Colin Hutton:HBO

Flight of the Conchords made their return to HBO back in October with their hour-long special Flight of the Conchords: Live in London. Recorded at the Eventim Apollo, the show saw Bret McKenzie and Jemaine Clement playing some classics as well as debuting new material. Today, the comedy duo has shared one of those fresh numbers, “Father and Son”, as a standalone live track.

“Father and Son” is the sweet tale of a boy and his pops spending a joyful day together. Still, the dad is worried his little boy misses his dear sweet mum — which is a bit of problem, since his mom is actually alive and well. “she just hooked up with another guy,” McKenzie reminds papa Clement. “His name’s Trevor, now they live together/ That’s where you picked me up on Friday night.” Although, the elder family member isn’t the one in a bit of denial, as the son may be a bit too old to be seeking some lap advice from his father.

McKenzie and Clement previously performed “Father and Son” during a Colbert appearance in September.