The Director of Music and Audio at Rockstar Games describes the road to “May I? Stand Unshaken?" 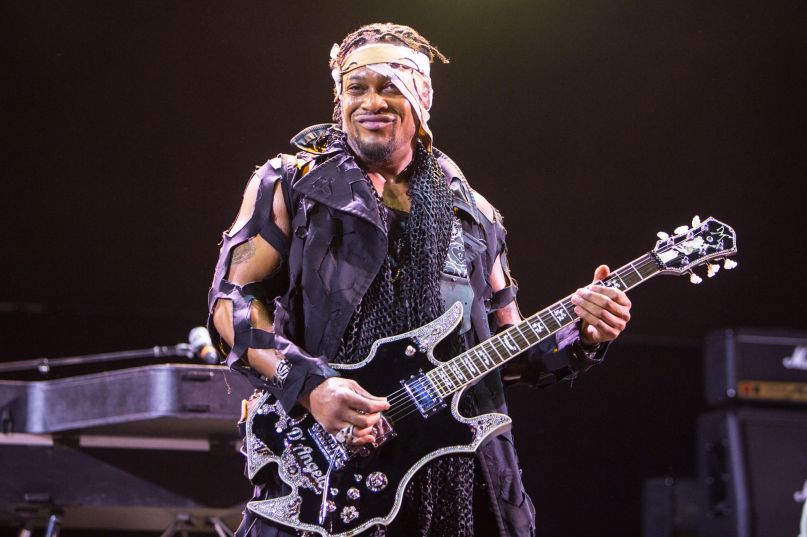 Red Dead Redemption 2 floored gamers upon its release with its immersive open world and redolent level of detail. The video game came with a welcome surprise for music fans, too, as it featured the first new material from R&B auteur D’Angelo since his 2014 full-length Black Messiah. In a new interview with Rolling Stone, Ivan Pavlovich, the Director of Music and Audio at Rockstar Games has revealed how “May I? Stand Unshaken” from the reclusive singer came to be.

As it turns out, D’Angelo is a huge fan of the Red Dead series, and he actually reached out to Rockstar initially. He contacted Pavlovich through an intermediary connection to get his hands on the new game while it was still in development. Apparently D’Angelo would show up at Rockstar’s New York offices at midnight and play entranced for hours through the early a.m..

“Each time he was just like, ‘It’s incredible.’ It just blows his mind,” Pavlovich said. “He’s such a fan. I have never seen someone that excited.”

That enthusiasm for the game encouraged Pavlovich to ask for a musicial contribution. When D’Angelo agreed, Pavlovich was able to get veteran artist/writer/producer Daniel Lanois on board as a music supervisor. “They said, ‘We might be able to hook you up with D’Angelo,’” Lanois recalled. “That’s all it took. I love D’Angelo, and always appreciated those great R&B records he made.”

According to Lanois, “May I? Stand Unshaken” came together in a week and a half. The song finds D’Angelo playing the electric piano against Lanois’ noodling guitar lines, with both offering their vocals on top of wandering, pattering percussion. The song was actually the second they tried after a “6/8 rock track” did not pan out. You can listen to their final contribution below.