Cardi B parties in the hottest, most posh bank in new “Money” video: Watch 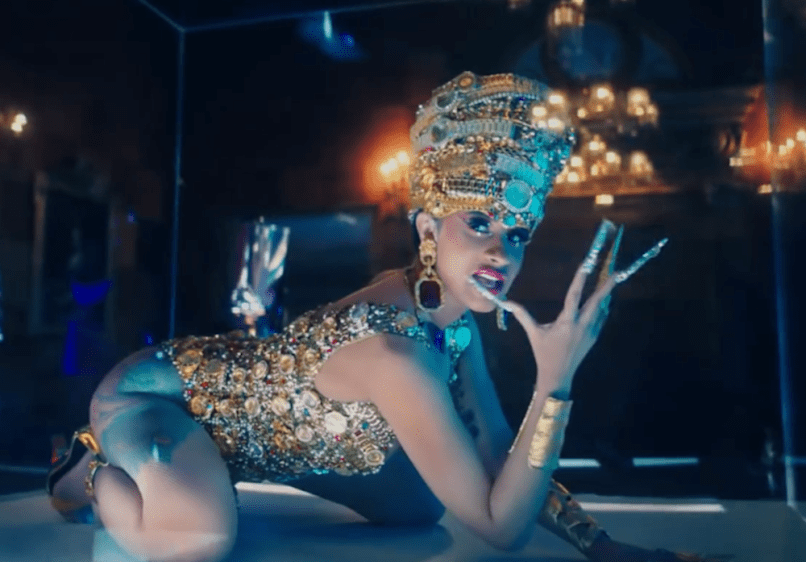 Cardi B in "Money" music video

Proof that Cardi B is doing just fine without Offset? Today, the Invasion of Privacy star has released her epic music video for “Money”.

Directed by Jora Frantzis, the clip takes a seemingly mundane trip to the bank and turns into it the most sensual, lavish adventure, complete with sexual acrobatics and Cardi herself serving up one masterful outfit after another. If Bank of America somehow became a posh strip club and French art museum all in one, this is the setting of the “Money” video.

Check it out below. Also keep an eye out for a cameo from Cardi’s daughter, Kulture.

One of Cardi’s outfits includes a headpiece that looks quite similar to one Nicki Minaj wore in her clip for “Ganja Burn”. Although neither rapper commented on the headpiece, it’s believed Cardi may have worn it as a subtle jab at Minaj, as they’ve been feuding for months.

“Money” is the first solo single since Cardi released Invasion of Privacy back in April. The LP, named one of our favorites of 2018, recently earned a Grammy nomination for Album of the Year. Cardi was also recently on Carpool Karaoke.

Previous Story
Ozzy Osbourne: “How did I think … doing all that cocaine was fun?”
Next Story
The Voidz share cover of “I Wish It Was Christmas Today”: Stream
Popular
More Stories
[fu-upload-form form_layout="media" title="Submit Your Photo"][input type="hidden" name="ugc" value="1"][/fu-upload-form]