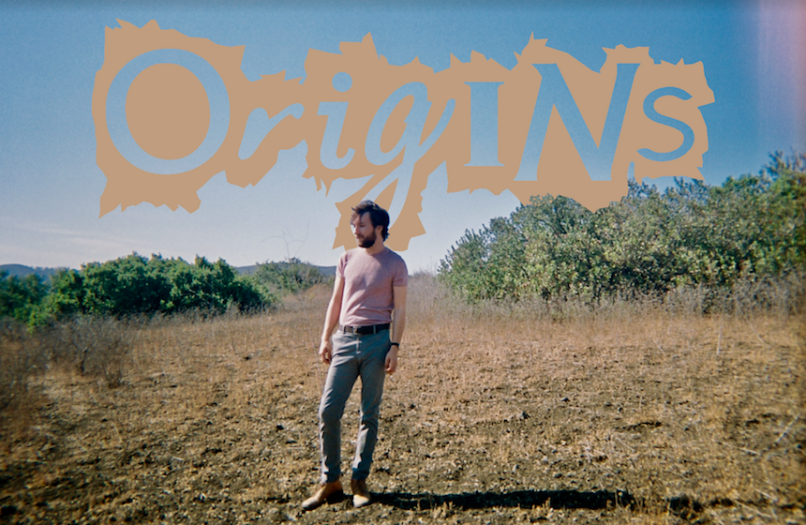 Origins is our new music feature in which we task an artist with dishing on the influences that impacted their latest offering.

Angelo De Augustine has a lot of power behind his debut studio album, Tomb. He’d already signed to Sufjan Steven’s Asthmatic Kitty Records for his previous record, Swim Inside the Moon, and the label will again release his latest offering on January 18th (digitally 01/11). Still, that last effort was created in De Augustine’s particular DIY style: sitting in a bathtub with a reel-to-reel tape machine. This time, he was granted access to Manhattan’s Reservoir Studios with Thomas “Doveman” Bartlett at his side.

The upgrade in production did little to affect the intimacy of De Augustine’s songwriting, thankfully. Alas, that’s likely because of another powerful force shaping the music: heartbreak. He wrote the song in a flurry of romantic anguish in the five days between receiving a Dear John letter and Christmas 2017. He flew into New York City two months later, when he and Bartlett banged out the recording in just another five days.

That immediacy left the songs as raw examinations of heartache and loss, perhaps none as affectingly as “Kaitlin”. The hushed lyrics De Augustine’s sings over his nylon-string guitar are clearly aimed at the woman who sent that breakup note: “Now you’re gone again/ I gave all that I had to give/ But I lost my friend/ Just before the holiday,” he sings. Yet he also connects the end of this relationship to the legacy of his family, including his mother, Wendy Fraser, who sang on “She’s Like the Wind” from Dirty Dancing.

In a press release, he explained,

“It’s a strange coincidence that I would invite someone into my life so similar to the woman being written about in 1987. Something that I contemplate often is the similarity between this breakup and my father’s choice to leave our family. In both situations, I had blamed myself and thought that if I showed them how much I cared, they wouldn’t leave. I will be the first one to admit the insecurities and fears I carry with me from my past.”

Take a listen to the plaintive “Kaitlin” below.

For more on how “She’s Like the Wind” and other things impacted “Kaitlin”, De Augustine has broken down the song’s Origins.

“She’s Like the Wind” had always just been a song that my mom sang in the 1980s with Patrick Swayze, or “Buddy,” as I always knew him. I never really thought much of it until I realized how similar the unnamed woman being written about in the song was to the person that I actually fell in love with in real life.

In the song “Kaitlin”, I was attempting to understand the intricacies of another person. The struggles we all have endured are both heartbreaking and beautiful at the same time. They reveal us as dynamic, complex, lovable, and infinitely human.

There is a special place in my heart for the city of Ojai. I remember lying down in the grass together looking out over the valley and feeling very happy in that moment that I appeared to have finally found another person that I felt connected to.

Sometimes it happens that the person we are in love with choses to be with someone else over us. We might try to win them back or plead to be given a fair chance. Ultimately people do as they wish.

It’s difficult when we face the loss of a romantic connection but it feels tragic when we lose someone completely from our lives. On December 20th of last year I received a letter in my mailbox that ended a close relationship forever. I mourned the great loss of a friend that I felt connected to and someone with whom I felt comfortable to open up. I was left with unanswered questions and much I wished to say. I started writing the album that morning and finished it five days later on Christmas Day.