Too much filler, a lack of lyrical risks, and uninspired features make for a lackluster result 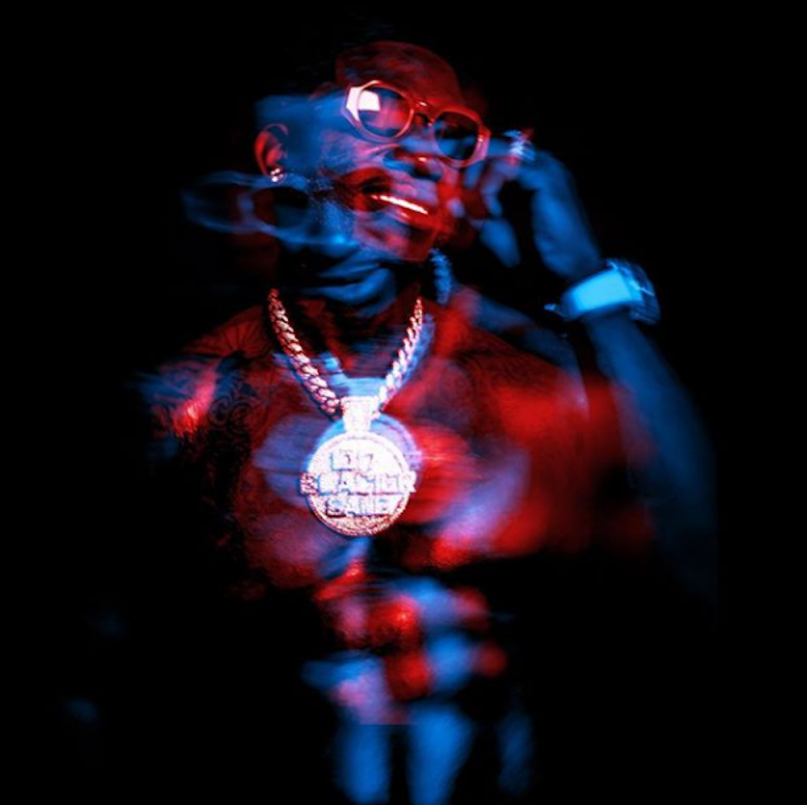 The Lowdown: It’s been nearly a year since Gucci Mane’s last project, El Gato: The Human Glacier. That break would be unremarkable for most artists, but considering Guwop dropped three projects in 2016 following his release from prison, fans were definitely hungry. While El Gato was short, featureless, and produced almost exclusively by Southside, the 17-track Evil Genius has more in common with last year’s Mr. Davis, with its bevy of guests and producers.

The Good: At this point, Gucci Mane is a legend, but he’s still putting in work and keeping up with artists who are a decade-plus his junior. A pillar of trap who made it through prison and came out with a healthier mind and body, Gucci is able to acknowledge his criminal history (as someone who “would rob Mike Tyson”) but keep it in the past. He’s also able to juggle different sounds and vibes. On the superior first half of the album, Gucci pulls off moody glimpses inside his mind and defiance against those trying to keep him down on “By Myself” and “I’m Not Goin’” as well as cuts with more pop appeal, like “BiPolar” and the Bruno Mars– and Kodak Black-featuring “Wake Up in the Sky”. The latter also showcases some unexpectedly delightful singing from Gucci, with lyrical odes to hallowed crooners à la “Slow Jamz” (“Unforgettable, like Nat King Cole/ Gucci Barry White, I’m singing to your ho”).

None of the features are particularly surprising, but Gucci brings out the best in most of them. On “Cold Shoulder”, with its strong beat from EarlThePearll, YoungBoy Never Broke Again comes charging in like he’s the wildcard henchman to Gucci’s Don. Kevin Gates, another recent parolee, reflects on his freedom and success in his idiosyncratic, coarse tone on “I’m Not Goin’”. 21 Savage’s feature on “Just Like It” keeps up his streak of verses that are closed-off and exhibit minimal energy but are somehow absolutely enthralling. Even Lil Pump turns in an admirable performance on bonus track “Kept Back”. Though not a top-tier cut, it certainly deserves to be part of the official tracklist more than several others that made it (more on that below).

The Bad: Like too many lengthy hip-hop albums, Evil Genius is too much and not enough at once. It doesn’t get as tedious as, say, Culture II, but there are multiple songs that could be excised, namely short ones like “On God” and “Outta Proportion”. Had it ended at “Wake Up in the Sky”, it would be a mixed but overall satisfying album. Save for the bonus track, every song after that is either disposable and/or undercooked. “Solitaire” tries to cram Gucci, Migos (save for Offset), and Lil Yachty into about two minutes, and nobody comes out looking good, least of all the arcade game-esque beat. Somehow that was the lead single. Speaking of Migos, Quavo is on three of these tracks, and the only time he sounds remotely engaged is on “BiPolar” (“Neck ice polar, all my hoes be bi”). On “Lost Y’All Mind”, he sounds so much like Gucci, you might not even realize there was another artist on the track.

The production is better elsewhere on the album, but it often sounds too smooth and generic. Even Metro Boomin, his collaborator on the excellent Droptopwop mixtape, seems to be phoning it in on “Father’s Day”. Spiffy Global’s glitchy beat for “Lost Y’All Mind” is a keeper, as is Southside’s work on late-album cut “Lord”, which sounds vaguely like Gucci rapping over something from Tim Hecker’s Love Streams. The song doesn’t come together, but it’s at least intriguing.

Some underwhelming features and beats would be easier to digest if Gucci’s lyrics were able to carry the album more. There’s a startling lack of quotables here. Some of his metaphors are distressingly surface level (“Feel like a boxer, I was trainin’ in a gym”). “I’m not regular, naw, I’m not typical” and “I live a crazy life,” he declares on the profoundly dull “This the Night”. If he wants us to believe that, he needs to actually show it. When he seemingly gets Scrooge mixed up with the Grinch (“A marijuana war, we’ll take your trees like Scrooge”), it’s a humorously humanizing moment that this album needs more of.

The Verdict: On Evil Genius, Gucci Mane sounds like he’s having fun and his rapping is as polished as ever. But too much of the album comes across as filler, and his lyrics seem afraid to take any kind of chance. Despite what the title says, there’s a disappointing lack of musical alchemy going on here.

Essential Tracks: “BiPolar”, “Cold Shoulder”, and “Wake Up in the Sky”