The Struts and Kesha perform “Body Talks” on Fallon: Watch 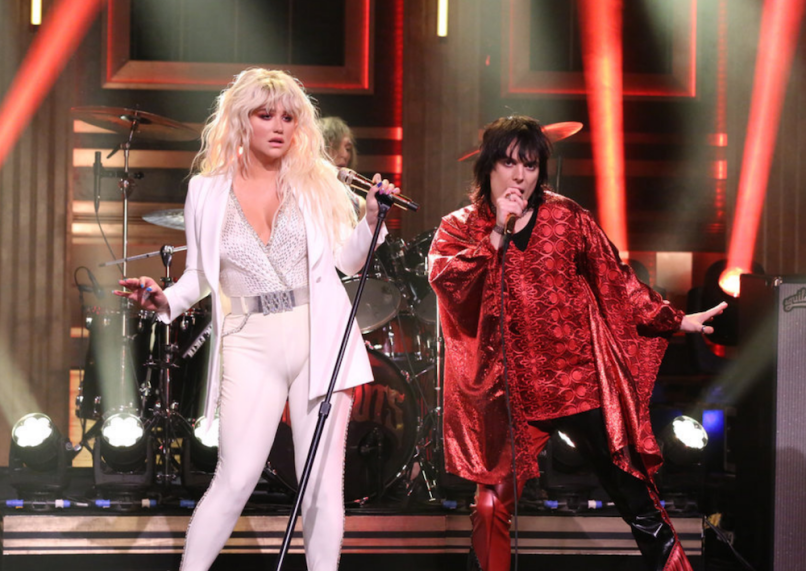 Kesha and The Struts on The Tonight Show

It was just last month that The Struts returned with their first album in four years, Young & Dangerous. On Wednesday night, the UK glam rockers supported the record with an appearance on The Tonight Show Starring Jimmy Fallon.

The Struts enlisted pop singer Kesha to perform their new, collaborative version of “Body Talks”. Right from the opening seconds, the two acts played off each other’s rock star-like high energy, with frontman Luke Spiller and Kesha often singing and strutting side by side.

“They are one of my favorite current bands keeping the spirit of classic rock and roll alive with their wild energy and sexy style,” Kesha previously praised in a statement. “It’s a song made for my favorite activity: boogieing.”

Catch the thrilling replay below.

The Struts wrapped up their massive North American headlining tour earlier this month. They also appeared on a recent episode of Kyle Meredith With…, where they talked about partying with Dave Grohl and hitting the studio with Kesha. Revisit that below.