Ted Cruz tried to get on Nine Inch Nails’ guest list, Trent Reznor told him to “fuck off”

Reznor said the last time they put Cruz on the guest list, he drank all the beer and was "a pain in the ass" 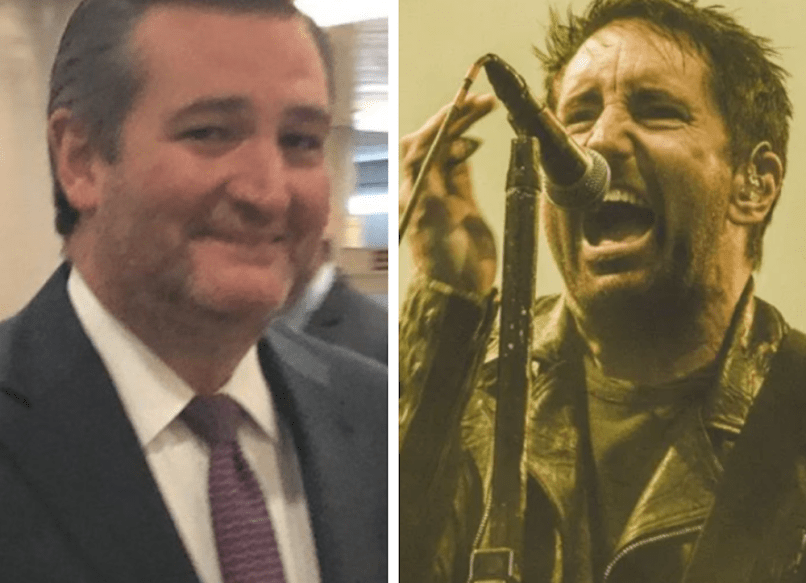 Election Day in Texas earlier this month resulted in the re-election of Trump stan Ted Cruz and his questionable facial hair. The win also meant the defeat of rising star and 2020 hopeful Beto O’Rourke, whose optimistic message in the months leading up to November 6th earned him a massive amount of support from the entertainment industry (including his former rock band mates). Unsurprisingly, the result hasn’t sat well with many musicians, such as Trent Reznor, who took the time to call out Cruz during Nine Inch Nails’ concert in Texas last night.

By “call out,” we actually mean obliterate.

Addressing the crowd in Irving, a suburb of Dallas, Reznor first asked: “Who voted for Ted Cruz? See the lights aren’t on, I can’t see. Is there any way to turn the lights on? I’d like to see. Raise your hand, you guys, nothing to be ashamed of, just checking.”

According to the NIN frontman, Cruz had wanted to check out the concert, but was royally rejected by the band. “He might be here tonight, he was bugging to get on the guest list, and I told him to fuck off,” said Reznor, before relaying an anecdote from a past encounter with Cruz. “We put him on a few years ago, he drank all the beer, and was just a pain in the ass to be around. Can’t hold it against you.”

Part of me kind of hopes Cruz was in attendance to hear all of that.

Watch footage of Reznor’s comments below (via reddit and Alternative Nation).

Trent asks the crowd who voted for Ted Cruz – 11/27 Irving, TX from nin